What Oppositional Defiant Disorder May Look Like Throughout Childhood 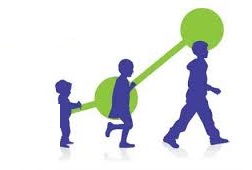 Oppositional Defiant Disorder (ODD) is defined as a recurrent pattern of negativistic, defiant, disobedient, and hostile behavior toward authority figures that persists for at least 6 months. Behaviors included in the definition are as follows:

Why We Are Seeing Our Young People Commit Horrific Violent Acts

“Why are so many of our young people turning to senseless acts of violence these days… why are we seeing such an epidemic of mass shootings …why …why?!”

Several things have occurred in recent years that appear to have created the perfect storm for mass shootings. In no particular order, mass shooters tend to have the following commonalities:

1.    All mass shooters had the means to carry out their violent act (in most cases, purchasing their weapons through legal avenues).

2.    Most mass shooters reach an identifiable crisis point in the months leading up to the shooting.

3.    There was both a means and an opportunity to carry out the crime in all cases.

4.    Most had experienced trauma or exposure to violence in childhood (e.g., teasing, bullying, and/or ostracization by their peer group, physical and/or sexual abuse, parental suicide, neglect, domestic violence, etc.).

5.    Most felt 100% justified in carrying out the shooting (i.e., they honestly thought they were “doing the right thing”).

6.    Most become angry, despondent and violent because of a specific grievance (in the El Paso case, having a serious problem with Latino immigrants). Other examples of specific grievances include relationship rejection (or some other type of loss), a change in job status, feeling belittled or shamed by certain individuals, etc.

8.    Many of these shooters have been radicalized online (i.e., they study other perpetrators and model their violent acts after previous shootings).

9.    Most had studied the actions of other shooters and pursued validation for their motives, which might explain why we had 2 mass shooting back-to-back (i.e., mass shootings tend to be socially contagious – they come in clusters).

10.    In many cases, the shooter communicated to others through (a) specific threats of violence (e.g., via Facebook and Twitter), (b) an expression of suicidal thoughts or plans, or (c) a marked change in behavior.

11.    At some point prior to the shooting, many decided that life was no longer worth living and that killing others would be appropriate revenge, which might explain why they have either expected to be killed by police during the episode, or took their own lives immediately after they completed their evil task.

In summary, it appears that the core issue for these individuals revolves around mental health problems – specifically starting in childhood!