How do I know if my son has an emotional disability?

RE: "How do I know if my son has an emotional disability?" 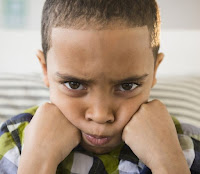 • Ask your son if something has happened to him. Children sometimes act out in an attempt to draw attention to a problem they are having and are afraid of discussing.

• Ask your son's teacher if problems have occurred in the classroom and what things you can do to help your son at home.

• Beware of changes in environment or life events that may alter your son's behavior. Sometimes moving to a new town or school can cause a son to act out aggressively or overly emotionally in an attempt to adjust to the change.

• Have your son professionally tested if you think your son has an emotional disability or if behavioral problems are creating academic, social or other problems for your son.

• Look for emotional cues. Does your son pretend to be physically ill when confronted with a school event or a social situation? Does your son have excessive fear or anxiety associated with certain activities? Does your son cry excessively over seemingly little things?

• Look for patterns of aggressive behavior lasting six months or longer. Does your son consistently bully others or use aggressive force with other children or animals? Does your son initiate fights?

• Set rules. Look for major infractions of rules such as truancy or running away with older children. With younger children, look for consistently breaking rules, aggression toward siblings, stealing and lying.

• Talk openly with your son about the behavior that concerns you. Explain that you are concerned and want to make changes. Be specific and nonjudgmental.

The above items will give you some indication as to whether or not he may have an emotional disability.