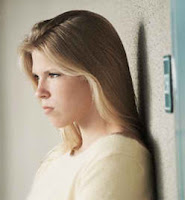 My daughter is 16 years old. I have had a lot of problems with her. She thinks she's her own boss. She goes in and out of the house without permission. Finally, after a lot of things that I have tried with her, I told her that if she was going to do whatever she wants, do not ask me for nothing. She kept on doing the same behavior.

Last night, I called her at 2:30 am, first she told me she was on her way to the house. I called again around 3:00 and she said she was going at a friend's house that she will be home in 30 more minutes.

I got so mad, I told her that I was going to close the doors. She said, “fine I’ll sleep at one of my friend's house.” I said ok but it will be forever. When she asked why, I said “because you don't listen to me,” and I hung up the phone.

This morning I disconnected her cell. When I came back from work, she was here grabbing her clothes. This is not the first time that she leaves the house. I am so tired of her attitude. So, she left the house.

What do you think I should do next? This has been going on for almost 6 months now. I think I had tried everything, but she won't listen to nobody.

It sounds like you and your daughter are in a power struggle. Power struggles can create frustration, anger and resentment on the part of the parent and the child. Resentment can cause a further breakdown of communication until it seems as if all you do is argue.

In order to end such arguments, it must be the parent that begins to take charge in a positive way. However, the most effective step, to simply stop arguing, can also be the most difficult. It sounds quite simple, just stop arguing, but in reality, it takes discipline and effort to change the pattern of behavior. By refusing to participate in the argument, the power of the out-of-control child disappears. She only continues to have power over you if you allow her to.

To stop the power struggle, prepare yourself ahead of time. Sit down, after your daughter is in bed for the night and it is quiet, and make a list of the times that you most often argue. Is it getting ready for school, doing homework, completing chores, getting home on time, etc? For each situation, determine a few choices that you can give your kid.

When preparing the choices, make sure to list only those that you are willing to carry out. If you are not willing to pick up your daughter and bring her to school in her pajamas, don’t threaten to or she will know that she still has control of the situation.

Once you have decided on the choices you will give your out-of-control daughter, stick to them and practice your self-control to not yell. Walk away, leave the room, and wait outside if you have to. But an argument can only happen if there is more than one person. With just one person, it is simply a temper tantrum.

I think u did the right thing by disconnecting her cell phone. usually they dont get far without there phone. u can also call the police and they will bring her home or give her another choice. this usually works and scares them into knowing u mean business and she must follow your rules.

I could not handle my Daughter any more so I went to child support, she went to stay at one place but they to soon could not handle her & she not into going out she a scream and also does hit.The carer that she is with now has also had some bad times. But when she is good she is good but when she,s bad its World War 3. I have seen her afew times this year & the carer saids Iam a good parent even through at times I flet like a bad parent. Child support is there for both us Parents & the Child.

Which state?child support
How many days teen left home with clothes?how did you contact her?
How long teen stay with child support?how much cost per month?