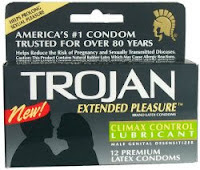 What are your views on teens having sex with condoms? I'm not sure where to go with this one as my 17-year-old daughter is wanting to have sex with her 18-year-old boyfriend (and probably already is) but does not want to go on birth control.

I'd like to share some data with you rather than give my personal opinion on the matter. One of our goals at Online Parent Support is ongoing research. Our recent project tried a number of recruitment strategies with varying degrees of success. Fliers were distributed by project staff in a few high schools and at a weekly summer street fair in downtown Indianapolis that attracts large numbers of teens, and by community agencies to their clients. The street fair recruiting, community service agency referrals, and focus group participant referrals (snowball method) were quite successful.

In the summer of 2007, the OPS HIV Prevention Studies Group conducted:

·Although youth knew where to get condoms and had tried them, few kept them handy.
·One consequence of unplanned sex was that condoms weren’t talked about and often weren’t used.
·Sex often “just happened.”
·Sexual activity and the opposite sex were very important.
·Youth cited drug and alcohol use as another reason for unplanned sex and not using condoms.
·Youth knew a lot about HIV but perceived little risk.

Our research offered much information on how teens viewed and used condoms:

·Although many in the target audience had already tried condoms, and may have used them sometimes, the audience saw many barriers to consistent use (such as a bad condom experience, the status of their relationship, other birth-control methods).

·The formative research, consistent with national data, suggested that incorrect condom use was an issue: complaints of leakage and slippage suggested that condoms were not being used correctly.

·Like the national literature, local research indicated that youth were not likely to use a condom with a steady partner, as a sign of trust or love. Yet the formative research showed that local teens considered a partner as “steady” after a short period of time and without clear risk assessment.

·Local research indicated that youth had unplanned sex for many reasons: sex with friends, denial of a possibility of having sex, or the influence of drugs or alcohol. In these instances, local research and national data suggested that youth were not likely to use condoms.

Research participants mentioned several benefits to condom use – benefits that were consistent with national research and program experience:

In addition to the focus group/interview research, staff compiled all the information they had collected from secondary sources into an “environmental profile” that included local, regional, and statewide data relevant to the target audience, such as:

The research report also included condom sales data for the city and listings of local youth development and youth-serving programs.

Heather Johnson condoms break and birthcontrol isn't 100%
4 hours ago · Like
Fawn Illes Clark Have her take an STD class, they are avail online. Then give her a condom and show her where to buy more responsibly. She is the age of consent, and at least if she is in the throes she will have one.
3 hours ago · Like