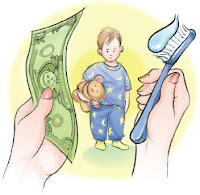 Many moms and dads describe interactions with their children in which they promised all kinds of special privileges in exchange for good behavior. Moms and dads end up feeling as though they are desperately bribing their kids to comply, and their children can come to expect something extra for simply doing a couple daily chores, which can in turn lead to a huge “sense of entitlement.”

So, what’s the difference between a reward and a bribe, and which one is better?

Rewards celebrate positive behavior. A promised treat for going beyond expectations or a surprise for excellent behavior is a reward. It should never become common, or your youngster will discover that withholding the positive behavior will generate promises of larger rewards. The goal is to reinforce the good to encourage positive behaviors even when there is no likelihood for reward. Rewards are positive responses to positive behavior to motivate future good behavior.

Using a reward for good behavior is no different than collecting a paycheck. Does your employer bribe you to do the work you do every day? Probably not. Your employer plans to reward or compensate you for the work you plan to do for them. Your future paycheck is the motivation for your current work. The effective use of rewards is quite different from bribery, because you are compensating your youngster for his good behavior, rather than being manipulated and extorted.

Bribes reward negative behavior. Whether that is actual behavior or anticipated behavior, bribes provide a reward for it. If you use a treat to end or preempt bad actions, you are bribing your child. Bribes are rewards for negative behavior, real or anticipated, that only serve to encourage more bad behavior in the future. It’s helpful to think of bribing kids as essentially rewarding them for something they haven’t yet delivered. When comparing it to the adult world, it’s like an employer paying an employee to carry out work that they “might” do.

If your 4-year-old is throwing a tantrum in the grocery store, and you promise him candy to stop, you have just bribed him – and taught him that the “reward” for a public tantrum is candy. This is reinforcing negative behavior, which will only escalate in the future. In your child’s mind, he’s thinking “if a temper tantrum earns me a candy bar, what will I get for hitting mom with a can of pork ‘n beans …maybe a chocolate cake?!”

Attempting to stop your youngster’s bad behavior by offering a bribe may actually seem like it’s working for the moment. He acts-out …you bribe him to stop …and he stops (based on the promise of a special privilege). But afterward, the parent is left feeling manipulated, and she soon discovers that this tactic leaves her with a sense of powerlessness. This is because the youngster has learned a method of maintaining control called “blackmail” (e.g., “You’d better give me a payoff, or I’m going to make you suffer!”). Children will likely continue to use this strategy as long as it is working for them.

Bribery usually occurs under duress—right in the middle of a situation in which your little Jeckel has turned into Hyde. It happens quickly, when all you want is to change his behavior on the spot, so you offer him something that you had no previous intention of offering. This is a form of over–negotiating, which puts your youngster in the driver’s seat.

To tell if you're rewarding or bribing your youngster, look at two things:

So how do you break the bribery habit?
A youngster who has been repeatedly bribed will tend to “up the ante” for every request a mother or father makes. Here are some things you can do to avoid that problem, or to break the cycle if you feel you've been bribing your kids too much:

1. Apologize to your kids for having bribed them. Don't get hung up on your own guilt. Instead, be glad you realized what was happening and move on.

3. If you want to break the cycle of bribery, do it dramatically. Hold a family meeting announce that there are going to be some significant changes. Be very clear and explicit about the new rules. Explain what behaviors are expected of your kids simply because they're members of the family (e.g., doing schoolwork, setting the dinner table, putting dirty laundry in the hamper, etc.). Explain that there will be no more bribes. Also, go over the consequences of not doing what's expected of them (e.g., "If you don't do your homework, you won't be allowed to watch television or play video games” … “If you don't put your dirty clothes in the hamper, they won't be washed"). Remember that most kids will, within a day or two, challenge these new rules to see if you were serious about change. Be prepared.

4. Teach your kids that their behavior is a choice. Each choice has an outcome, and most privileges have a counter-balanced responsibility.

5. Let your youngster know that you are aware of - and respect - his opinions. After all, no one really enjoys taking out the garbage. By stating that you realize it is sometimes a smelly and messy job, you are letting him know that his feelings are valid, but that he must still do his part. If you try to convince your youngster that something is interesting or fun when it isn't, you're telling him that his feelings don't count. You're also lying—and he knows it. The same holds true for doing homework. Acknowledge that sometimes it isn't fun and that it might be more pleasant to watch television, but make it clear that this doesn't mean he can avoid his school assignments. Taking this approach avoids your being sidetracked into name-calling and battles over whether your youngster is lazy.

6. Remember how tremendously reinforcing some extra attention from you is for your kids. Moms and dads sometimes feel they have to use more and more expensive rewards, when what their kids really want them to do is spend more time with them.

No mother or father wants to fall into the trap of bribing their kids to behave well. Sure, offering your youngster a special privilege to stop whining, or to stop teasing his sister, or just to stop his incessant demanding, may give you some immediate relief, but it will be short-lived. The bad behavior WILL return. By buying into your youngster’s bad behavior, you are providing him with leverage for the next time he wants something.