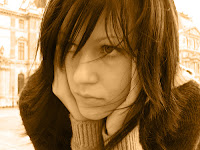 Teenage anger takes many forms. It may be expressed as indignation and resentment, or rage and fury. It is the expression of teen anger -- the behavior -- that we as parents see. Some teenagers may repress their anger and withdraw while others may be more defiant and destroy property. In this post, we will look at what happens when “normal” teenage anger turns into resentment and aggression.

Why such resentment and aggression in my child?

2. Moms and dads may feel some “hatred” coming from their defiant teen, and they often overreact to that by doing something that makes them feel powerful (e.g., yelling, screaming, threatening, etc.). But these responses don’t solve the problem or motivate your youngster to take responsibility for her own aggression.

3. Once your teen is in an agitated state, she’s thinking that you’re the enemy, that you don’t understand, and she’s blaming you and other authority figures. She sees herself as a “victim.”

4. Part of the function of aggression is to build a wall. It’s like a brick mason: aggression is meant to stop you from getting too close.

5. Another reason for a resentful attitude is that parents are comparing their teenager to other teens – or to themselves when they were teenagers. This often happens when the teenager has gotten in trouble or has started to get bad grades. Moms and dads need to remove statements such as “you should be more like…” -or- “when I was a teen…” -or- “you used to be so…” out of their conversations with their teenager. This allows the teen to start at the present and improve from there rather than constantly “living down” the past.

6. Some teens want to appear “out of control” whether they are or not. So remember, aggressive teens get more control by looking like they’re losing control. And that’s the agenda – to gain control.

7. Defiant teens are very ambivalent about their moms and dads during their teen years. They love you when you’re nice to them, but they hate you when you tell them what to do. This is because they still “need” you – but at the same time – they wish they didn’t.

8. Teens that are chronically “pissed-off” are like this because they have developed a way of thinking that makes them the “injured party” all the time. These “thinking errors” tell them that things are never fair, that their moms and dads are unreasonable, and that their educators are “retarded.” They think that nobody understands them but their peers. After teens have used these “distortions in thinking” for awhile, they get into even more trouble and develop an increasing sense of hyper-vigilance.

9. Another reason for unreasonable resentment on your teen’s part is depression. Resentment is one of the symptoms of depression and can be a warning sign that something else is happening in your adolescent’s life outside the normal realm of teenage defiance. Questions to ask are:

Teenagers often respond to stressors of new situations by getting depressed (e.g., attending a new school, breakup of friendships, divorce or other parental problems, recent move to a new neighborhood or city). Look back a few months and note the changes in your son’s/daughter’s life.

10. Here’s a big one: Low Self-Esteem. Resentful, aggressive teens have a very small sense of self-worth.

So what can parents do to reduce resentment and aggression in their teenagers?

1. Do not allow rude and disrespectful behavior. If you "over-react" (rather than respond) to their putdowns and backtalk, you're allowing it! Learn to walk away and say something like: "If you continue to talk to me that way, the consequence will be __________” (insert serious consequence). Is he/she continues to “trash you” over the course of the next few minutes (less than 5), then follow through with the consequence.

2. Do not let yourself be swayed by the "but everyone else is doing it" line. You know what is best for your teenager and the hostility they feel towards you for putting your foot down will soon pass – and they even thank you later.

3. Don’t try to talk your youngster out of her resentment, and don’t try to reason with her. Reasoning just gives your youngster a feeling of false power (i.e., more of a sense that she’s in control and you’re not).

4. If there are clothes or electronic items they want that exceed your budget, make them pay a portion of the cost. They will appreciate what they have much more and will less likely grow up with a sense of entitlement.

6. Make sure you set clear and consistent boundaries. Teens do well when the guidelines are clear. Even if they argue with your rules, stick to them anyway. Part of the role of adolescence is to oppose their moms and dads.

7. Make yourself emotionally and physically available despite your teenager wanting distance from you. They're on the fence. Part of them is leaving the nest and the other part of them needs the safety and security of home.

8. Remember, you’re not looking for friendship, love and affection. Rather, you’re looking to gain their respect.

9. Respect their personal space. It is not your right as a mother or father to randomly snoop through your teenager's room. They do not become more trustworthy by hearing, “I don't trust you anymore.” If you have no reason to snoop – don't do it.

10. Show an interest in the things that interest them. Grab any chance you get, just to chat (e.g., in the car when you're chauffeuring them places). They still need to know their life is important to us.

11. The more you ask, “Why the attitude?” …the more your youngster will simply state (or scream) her case. Thus, never question “the attitude.”

12. Get professional help if things do not improve!

I’ve never had any real trouble from my 15 year old son until very recently when he became ridiculously argumentative, aggressive and blatantly defiant. He bullies other kids, has been in fights and tried to set the school bus seat on fire. About three weeks ago, he was physically threatening ME, literally up in my face screaming at me, asking what are you going to do, hit me??

I didn’t hit him, but reached out and grabbed him by the neck and held him still and yelled at him to calm down.

He immediately went into a screaming fit that I was choking him and he couldn’t breathe.

The next day after I dropped him at school, he turned me in for abuse and has been removed from our home. Please note, when I dropped him off, he had no “marks” on his neck. He told me he would be getting into another fight at school, and he did.

Now, after 15 years of raising my son, I’m being told to attend “anger management” classes and parenting classes.

How to Parent Your Defiant Teenagers said...

I think this is the most important one.

"Remember, you’re not looking for friendship, love and affection. Rather, you’re looking to gain their respect."

One of the most immature and sick thing you can do as a parent is expecting your child to parent you. It is very unfortunate when a parent doesn't realize that her sole purpose in a growing child's life is to nurture and provide. Seeking friendship, love, attention, affection, approval, or respect is unacceptable and potentially abusive beyond measure. Respect on the other hand is something a parent may aspire to EARN in the process for it often provides a very suitable environment for good parenting.

Anonymous, my 15 year old son just did something similar. He attacked ME, then called the police, told them he isn't safe in my home and that I had him pinned against a wall which even physically would be impossible for me even if I wanted to.

He was removed from my home and week later does nothing but abuse me over the phone. He is living over an hour away with his Dad who is just as disgusted at his behaviour as I am.

I did nothing to my son, I just asked him to talk to me before changing settings in my modem, the modem and internet that is owned and paid for by ME and this is the ridiculous response I get.

I'm now facing possible assault charges and my son could not care less.

I've been a loving and good mother to him, supported him unconditionally through an extended depression, found him help etc, and this is how he treats me. I gave up work, and most of my life and income to love and support him when he needed me most. I'm beyond devastated, I don't think I have ever been hurt so much.

Hello,
My 20-year old attacked my husband and me, after showing this attitude for a few months. Does this ever go away? Can we hope that he will get over this phase?