When Defiant Teens Play One Parent Against The Other: Tips For Divorced Parents 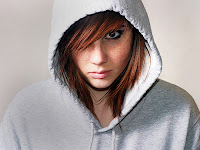 Scenario: Kylee is 16-years-old. Her parents are divorced. She spends the weekends with her dad and stepmother. Unfortunately, her biological parents are not on the same page with respect to parenting styles and disciplinary techniques. Her mom is rather permissive (i.e., few rules, few consequences for breaking rules), but her dad is somewhat authoritarian (i.e., a lot of rules, serious punishment for breaking the rules).

One day before dinner, Kylee’s dad says, “Put your cell phone away. We don’t text while we eat!” Kylee’s retort is, “I don’t have to follow that rule …that’s not a rule at our house (mother’s house). I text whenever I want to at home!”

Then the arguing and yelling between father and daughter begins! You know the rest of the story…

Defiant teens know the value of playing their parents against each other. They learned a long time ago that just because dad has said “no” doesn’t mean mom won’t say “yes.” Many defiant teens of divorced parents constantly point out inconsistent enforcement of the rules by parents, and these teens use this as a rationale for their own behavior. What the defiant teenager is trying to do is make an issue of whether or not her divorced parents are consistent with the rules (rather than focusing on the real issue, which is whether she is choosing to follow or break the rules).

Unfortunately, many parents fall for this. There seems to be an irrational belief that if both parents treat the teenager the same way, she will behave. The total weight of the teen’s behavior is put on the parents, and the responsibility is built on enforcement rather than on compliance.

While a certain amount of manipulation is normal in adolescence, if it occurs constantly, it may indicate underlying familial problems. Teens who frequently pit one parent against the other may be acting-out the tension they feel between their parents. That’s one reason this type of manipulation is especially common among children and teens whose parents are separated or divorced. In divorced families, parents are rarely on the same team, and defiant teens often attempt to use this fracture to their advantage.

Co-parents are often racked with guilt over the failed marriage and the back and forth position the children often find themselves in. Sometimes co-parents are insecure about the family dynamics and make it their goal to be the “favorite” parent. Because of this guilt and/or insecurity, it is very tempting for co-parents to try to please the teenager at all costs, becoming excessively indulgent and ignoring the other parent’s household rules.

On the other extreme, it is not uncommon for one parent to feel compelled to “lay down the law” in order to keep the teenager “in line.” In the case where one parent is tough and the other parent is soft, the teenager will automatically prefer the softer parent, which also causes huge riffs between the teen and her tougher parent.

Co-parents should work diligently at communicating reasonable expectations regarding routines and household rules in an attempt to get on the same page. If they can’t effectively communicate, or if their parenting styles are not even in the same book, let alone on the same page, they need to arm themselves with some appropriate responses to effectively combat the teen’s manipulative tactics. One way to do this would be to acknowledge to your teen that you understand that there are different rules at the other parent’s house, but while she is at your house, she must follow your rules – no exceptions.

Your teenager will be reassured when you fail the “test” she is putting you through (i.e., trying to guilt-trip you into being more like the softer parent). Children need to feel secure. Children seek predictable limits. It is safe to say that, if your teenager is constantly playing you against the other parent, she is feeling insecure and needs some reassurance that you care more about parenting her than you do about fighting with the other parent.