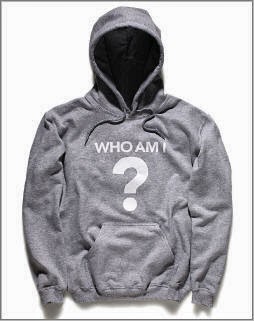 About 16% of high school kids carried a weapon at least once during the 30 days before they were surveyed. Also, about 7% reported that they have been threatened or injured with a weapon. Many different factors cause aggressive behavior. The more these factors are present in your life, the more likely you are to commit an act of aggression.

What causes someone to punch, kick, stab or fire a gun at other people? There is never a simple answer to that question. But teens often commit aggression because of one or more of the following:

Teens who act aggressively have trouble controlling their emotions. They may have been hurt by others. Some think that making others fear them through aggression (or threats of aggression) will solve their problems or earn them respect. This isn't true. Some aggression occurs as a response to prolonged hurt, trauma, bullying or victimization. Teens may use aggression to get something, while others may act out of self-protection or desperation. In any event, remember that teens who behave aggressively lose respect. They eventually find themselves isolated or disliked, and they still feel angry and frustrated.

Rage itself is not always a sign that aggression or an act of violence is imminent. What is most important to look at is if there are “new” signs and significant changes in behavior. The presence of some of the signs listed below should alert you to the possibility that a particular teenager may be at risk of aggression or violence. Some signs of potential for aggression may be historical factors like:

Other signs of potential aggression may be present over time and may contribute to the risk of aggression given a certain event or activity. These might include:

Some signs of potential aggression may be new or active signs, for example:

When you recognize signs of aggression in someone else, there are things you can do:

It's normal to feel upset when you've been let down or betrayed. But rage and frustration don't justify aggressive action. Rage is a strong emotion that can be difficult to keep in check, but the right response is to always stay cool. Here are some ways to deal with rage without resorting to aggression:

Rage and frustration is part of life, but you can free yourself from the cycle of aggression by learning to talk about your emotions. If you recognize any of these signs for aggressive behavior in yourself, talk with someone who can help (e.g., a friend or a grown-up you trust). You don't have to live with the guilt, sadness and frustration that comes from hurting others. Admitting you have a concern about hurting others is the first step. Talking to a trusted grown-up (e.g., school counselor or psychologist, teacher, family member, friend, clergy, etc.) is the second step. They can get you in touch with a professional who cares and can help.

Everyone feels rage in his or her own way. Start managing it by recognizing how rage feels to you. When you are very upset about something, you probably feel:

You can reduce the rush of adrenaline that's responsible for your heart beating faster, your voice sounding louder and your fists clenching if you:

Some teens who have trouble dealing with their emotions don't react by lashing out at others. Instead, they direct aggression toward themselves. The most devastating expression of this kind of aggression is suicide. Like teens who are aggressive toward others, potential suicide victims often behave in recognizable ways before they try to end their lives. Suicide, like other forms of aggression, is preventable. The two most important steps in prevention are recognizing red flags and getting help. Red flags of potential self-aggression may include:

Oftentimes, suicidal thinking comes from a wish to end emotional pain. But keep in mind that pain often diminishes and emotions change. There are almost always options to something as final as suicide. Sometimes we just need some help to see them. If a peer mentions suicide, take it seriously. Listen carefully and then seek help immediately. Never keep their talk of suicide a secret, even if they ask you to. Remember, you risk losing that friend forever. When you recognize the red flags for suicidal behavior, do something about it. Tell a trusted grown-up what you have seen or heard. Get help from a professional as soon as possible. They can help work out the problems that seem so unsolvable but, in fact, are not.