What To Do When Your Teen Gets Arrested 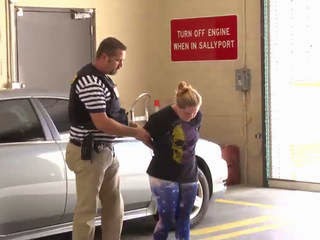 If your adolescent is in trouble with the law (e.g., for possession of drugs, public intoxication, theft, etc.), then it is understandable that you feel panic-stricken. You are probably very unsure of what’s to come in terms of legal ramifications – and your teen’s future. Things will be different now for both you and your adolescent.

Below you will find some important information that will help you to understand – and deal effectively with – this situation. Being well-informed should alleviate some of the stress you’re feeling as the mother or father of a teenager in legal trouble:

1. First of all, make sure your adolescent is safe. Is he jail? Is he in a safe jail? Some communities have safe jails, other communities don’t! If it is safe, you should leave him in jail for the night to teach him a valuable lesson. If he is unsafe, get him out as soon as possible.

2. Don't hire an attorney for the small stuff (e.g., truancy, curfew violation). If it is a minor issue, there’s no need to pay good money for an attorney. Also, most juvenile courts provide a public defender.

3. If you feel that you should hire an attorney, but can’t afford one, there are some options. Most attorneys offer free consultations, and if you do enough research beforehand and ask the right questions, you could be able to prepare yourself to the point where you do not need to actually hire the attorney. You also have the option of being represented by a public defender (although these attorneys are often unable to give your case as much time or personal attention as a private attorney).

4. Throughout the legal process, it is important that you keep things in perspective and resist the urge to panic. Remember that your adolescent is still a minor, and as such, the penalties she will receive are likely to be far less severe than if she were charged as a grown-up. Thus, this incident probably doesn’t have the ability to ruin her future. Even though this is a disturbing situation, simply remind yourself that this is not the worst that could happen and that your family will pull through. It’s definitely not the end of the world.

5. Don't lecture or yell at your adolescent as added punishment. He’s already received a consequence (i.e., getting arrested). This problem is your adolescent's problem, not yours. Let him take responsibility for his own mistake.

6. Regardless of the crime your adolescent allegedly committed, it is important that you take the issue seriously. All crimes, no matter how small, have the potential to wreak havoc on the family. Also, teens who begin to commit a series of “small crimes” now often graduate to larger crimes later.

7. Find out what actually happened. Get your adolescent to tell you the whole story, and base your actions based on the severity of the crime.

8. Stay objective and calm. Finally someone else is reprimanding your adolescent (e.g., police officer, probation officer, judge). This is a good learning experience for an out-of-control adolescent. You have every right to be worried, but don’t allow your emotions to cloud your judgment. You’re probably feeling hurt and disappointed – and that’s all completely understandable. But it’s important that you keep your head together for the sake of your teenager. At all times, remain calm and collected in order to protect your adolescent’s rights and to be the mom or dad she needs you to be.  You have every right to be disappointed, but don’t allow that disappointment to prevent you from helping your adolescent right her wrongs.

9. Your adolescent’s juvenile criminal record will be hidden from public view once he reaches adulthood, but that doesn’t mean that your problems as a parent are over with. While first offenses are often not punished very harshly, the legal system makes up for this leniency by punishing repeat offenders much more severely.  Also, juvenile offenders are more likely to become adult offenders if their underlying issues (e.g., emotional, psychological, family-related, etc.) are not addressed. Thus, be sure to provide your adolescent with the care, counseling, or discipline he needs as soon as possible. If you don’t, the law breaking habit could stay with him into adulthood, where it will carry much stiffer penalties.

10. When your teenager has been arrested, be sure that she receives fair treatment throughout the legal process – no matter what she has been arrested for. A juvenile offender has rights too!

No mother or father wants to think about the day that phone call may come – the one telling parents that their adolescent has been arrested. The days and weeks that follow can be complicated and worrisome as you and your adolescent have to face the consequences. Finding ways to cope with this difficult situation is critical to your child’s long-term, law-abiding behavior.