He just leaves early in the day and shows up after we're asleep... 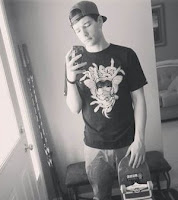 T__ and I joined your website for our 16 year old quite a few months back. Let me say this after having gone through many different programs for difficult teenagers, your program is very solid. We have told our current counselors and connections about it so that other parents may use your very good resources, too.

Our son is to the point now where he no longer argues about items (this should be a good thing). He just says "ok" and then takes off. He said that he really doesn't need us as parents, he doesn't need to do the chores or contribute anymore, and he just leaves early in the day and shows up after we're asleep.

== > You can file runaway charges. Also, if he’s violating curfew – that’s another legal charge that will need to go to court.

We have gone through his room and removed his negative influences - computer, clothing, accessories, electronic gadgets, etc. We left positive things, like a bed, desk, guitar (as an outlet), and normal school clothing.

== > Did you include, “If you choose to be home by the designated time for a period of 3 days – then you get all your stuff back” …?

We have filed unruly and missing charges, and we're in a juvenile court diversion program. Both sides basically tell us that because he's not doing anything violent or really bad, the court is not going to do anything to him. Here's someone that knows how to ride the system (and seems to have lost respect for the system).

== > That’s true, but here’s the upshot: You are protecting yourself from some potential liability issues. For example, if something bad happened to your son – or if your son committed a harmful act to others or their property, you will have solid evidence that you tried your best to get him “off the streets.”

Part of the problem is that his friends and their parents just give food, shelter, money, etc, because he is very charming to them. He misleads them about his situation to his benefit. We asked them why they do it, and they just say that they like doing it.

== > Two points here: (1) Of course he misleads …that’s what all kids do. Don’t worry about it. (2) Nothing is as comfortable as “home.” So don’t be fooled into thinking that he is escaping uncomfortable emotions associated with his poor choices. I can see that he is doing a class “A” job of convincing you that your disciplinary techniques are having no effect.

Any advice where to go from here would be helpful. We are sticking with the program basics, and we are hoping it will kick in again.

You could lock him out of the house – but he may just pound on the door and wake everybody up. Even if the cops showed up, all they would do is give him a short, meaningless lecture and tell you to let him in.

A better idea would be to ground him FROM his room. Find a way to keep the door locked (and only you have a key). Bottom line, he is – as you say – playing the system. He has a right to live in your house – but he does not have a right to have a private bedroom. A private bedroom is a privilege – a privilege that’s EARNED by following house rules.

One of questions is this - does the "no free handouts" cover school expenses and such?

== > No. Basic needs are not fair game for confiscation.

We wanted him to earn his tool money for his new vocation school, but he hasn't done (even though he says it means something to him). He says "not to worry about it" whenever we bring it up, and he's definitely not close to being ready in four days. He lost most all of his books at school last year, and we're making him earn that money (which he won't, we just shouldn't worry about it he says). Are we going too fan in cutting off money for things like that? It's likely to affect his current enrollment, as they won't release his records to the new school without being paid.

== > You are responsible for tool money, books, etc. But until he abides by house rules, he can sleep on the living room floor or on the family room coach. No guitar, no desk, no room (but clothes of course).

He no longer wants to contribute and just go when/where ever; do we just accept that and let him live here until he's 18? We don't think so, but we're not sure where to go with someone that just takes off, doesn't contribute, and stays within the confines of the "system." Thanks for any help Mark!

== > You are responsible for him until he turns 18. This does not mean that he has to live in your home until then, however. You may want to contract with one of these families that are willing to feed him and let him hangout in their homes. Maybe he could stay with an aunt or uncle …grandparent …family friend, etc.

But until then, withdraw all privileges (i.e., anything other than basic needs). And continue to complain to probation re: curfew violations, runaway, etc. The probation department is just like any other business. Complain long and loud enough – and they WILL take some action.

P.S. Do not doubt yourself during these tough times. Stay the course, and remind yourself that you are allowing your son to experience some short-term, minor pain now in an effort to save him from a lot of long-term, major pain later.