A Tough Tactic for Parents with "Run Away" Teenagers 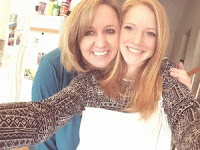 I have recently "joined the program" and have seen an overall improvement. I have 3 daughters aged 18 (now left school & unemployed after going to live with her father several months ago because he does not have any boundaries), 17 (major issues see below) and 10. The children's father consumes alcohol in excess, which contributed to his lack of supervision.

Separated/divorced 4 yrs ago and my 17yo went to live with her father over 12 months ago where she was basically unsupervised until crisis this April including alcohol & Marijuana use, shoplifting, running away etc. I now have court orders to stop her running back there when I placed boundaries on her.

She is under care of mental health team (initially depressed now behaviour issues) and she has been attending appts. She keeps saying that she would rather live in a foster home than live with me (in a comfortable home).

I remove privileges of computer, bedroom door, phone, iPod, groundings etc, but she seems only to be good enough to get them back until the next time! Her logic is she might as well enjoy herself because going to be disciplined when returned.

Major issue at present is her running away for up to 3 days (I do report her to the police). I have now reached a point where I have had enough. Over 12 months ago she was a scholarship student at a private school, but has deteriorated in public school (multiple suspensions for disrespect, disobedience). Unfortunately school has not handled situation well as refusing to do "in house suspensions" so my daughter sent home. I asked multiple times for meetings with all concerned, but seems easier for them to just wait for her to be suspended again. The only option next year is Boystown residential program monday-friday - but the child has to co-operate!

This will be a difficult task perhaps, but you will need to stop taking responsibility for her "runaway behavior." You can't hog tie her to a bed post ...nor can your keep her locked up in the house.

The quick answer is this: (a) "act as if" you are not bothered by her running away; (b) let her run; (c) do not attempt to find her and do not attempt to communicate with her (however, if she calls you, then do field that phone call); (d) when she returns, simply re-issue the consequence; (e) when she runs again, start the cycle all over.

Clearly she knows that "running" pushes your "worry" buttons ...she gets a pay-off in the form of knowing she has control of (a) your emotional state and (b) her freedom to do what she wants. So the more you 'fuss' -- the more power she feels. Paradoxically, the more you are relaxed about her 'running' -- the less power she feels.

She runs because it keeps her in charge. 'Running' keeps her in charge because it gets a reaction out of you. As soon as you stop reacting -- game over! There's no pay-off anymore. She loses the power to push your worry buttons. As long as she can keep you in a state of anxiety and fussing -- she wins!

Her running is her responsibility now... and it has natural consequences associated with it as well.

So now you decide. Are you going to continue to feed this behavior with your reactions? Or are you going to pull the plug and let her worry about herself?

==> My Out-of-Control Teen: Help for Parents with Defiant Teenagers