Dealing with Violent Behavior in Your Defiant Child

"My son 'sucker punched' me right in the face. I'm not violent, and to say the least, it really surprised and hurt me (emotionally, he didn't hit hard enough to hurt) ...he is 13. What do I do with this situation?" 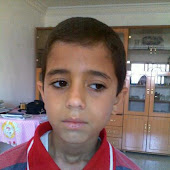 There is great concern about the increased incidence of violent behavior among kids and teens. This complex and troubling issue needs to be carefully understood by moms and dads, educators, and other grown-ups.

Kids as young as preschoolers can show violent behavior. Moms and dads who witness the behavior may be concerned; however, they often hope that the youngster will "grow out of it." Violent behavior in a youngster at any age always needs to be taken seriously. It should not be quickly dismissed as "just a phase they're going through!"

Violent behavior in kids and teens can include a wide range of behaviors, for example:

Numerous research studies have concluded that a complex interaction or combination of factors leads to an increased risk of violent behavior in kids and teens. These factors include:

Kids and teens who have several risk factors and show the following behaviors should be carefully evaluated:

Moms and dads and teachers should be careful not to minimize these behaviors in kids. Whenever parents are concerned, they should immediately arrange for a comprehensive evaluation by a qualified mental health professional. Early treatment by a professional can often help. The goals of treatment typically focus on helping the youngster in the following ways:

In addition, family conflicts, school problems, and community issues must be addressed.

Research studies have shown that much violent behavior can be decreased or even prevented if the above risk factors are significantly reduced or eliminated. Most importantly, efforts should be directed at dramatically decreasing the exposure of kids and teens to violence in the home, community, and through the media. Clearly, violence leads to violence.