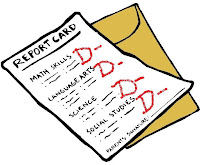 "One area that I'm dealing with regarding my 15 year old (almost 16) son is with his school work. He has not interest in school whatsoever. He's barely getting by. He skips classes (which after he did last week, I grounded him for three days, as you suggest). I just received a call yesterday from his science teacher letting me know that he hasn't turned in assignments, and currently has a D in her class. He has D's and F's in his other classes as well. I'm sure you've heard this before, but I know he is intelligent. He has the potential, but he doesn't see it and doesn't care to apply himself. In your ebook, you talk about handing over ownership of this area in particular to your children. So, I've started doing this, however, I wonder if you can tell me what my place is in his life in regards to this area. I will also let you know that he is also dealing with depression, and was recently put on an antidepressant at the suggestion of his doctor. I'm sure this plays some part in all of this. If you can offer me any suggestions/advice as to what my role is in this particular area I would greatly appreciate!"

Re: “…what my place is in his life in regards to this area.”

First of all, I’m glad to hear that you are letting go of ownership of your son’s poor academic performance. As long as you take responsibility for it – he won’t!

As far as your “place” goes, you will need to do the following:

Re: “…dealing with depression…”

Simply follow through with the nurturing pieces outlined in the eBook (e.g., asking one question each day to show you are interested in his day-to-day life ...saying “I love you” ...spending time with him in an activity that costs little or no money ...catching him in the act of “doing things right” ...etc.).

Most teens grow out of their depression. Don’t focus on – or show emotions of worry about – this condition (unless he begins to talk about suicide). And don’t try to “cheer him up” by over-indulging him.

Sometimes the hardest thing for parents to do is “nothing.” But often times, less is better.