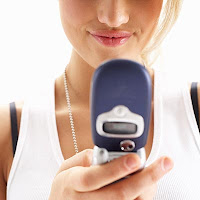 Research reveals that teenagers who text 120 times a day or more (which many teens do nowadays) are more likely to have had sex or used alcohol and drugs than teens who don't send as many messages.

The study is not suggesting that "hyper-texting" leads to sex, drinking or drugs, but it's shocking to see an apparent link between excessive messaging and this kind of risk-taking behavior. The study asserts that a significant number of teenagers are very susceptible to peer-pressure – and also have permissive or absent parents.

The study was conducted at 20 public high schools in the Cleveland area, and is based on confidential paper surveys of more than 4,200 high school students. It found that about 1 in 5 students were hyper-texters (i.e, those who text more than 120 times a day) and about 1 in 9 are hyper-networkers (i.e., those who spend 3 or more hours a day on Facebook and other social networking websites). About 1 in 25 are both hyper-texters and hyper-networkers.

Hyper-texting and hyper-networking were more common among (a) females, (b) minorities, (c) children whose mothers/fathers have less education, and (d) children from a single-mother household.

The study found that those who text at least 120 times a day are nearly 3½ more likely to have had sex than their friends who don't text that much. Hyper-texters were also more likely to:

Other studies have found that: