Spice (K2) - The New Drug Used and Abused by Teens 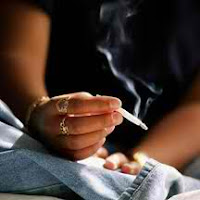 Teenagers are getting high on an emerging drug called ‘SPICE” – a concoction also known as "K2" and fake weed that is causing hallucinations, vomiting, agitation and other dangerous effects.

SPICE is a synthetic form of marijuana. Some people compare the effects of SPICE to a marijuana high. It is sold in head shops as incense, although teens and some adults do -- more often than not -- smoke it. It can be smoked in a pipe or rolled like a cigarette.

SPICE is incense composed of natural herbs such as canavalia rosea, clematis nuciferia, heima salicfolia, and ledum palustre. Various sources report that SPICE also contains the synthetic cannabanoid JWH-018, which when smoked can produce intoxicative effects similar to marijuana. As a synthetic, it does not register on current drug detection tests. The SPICE website expressly states that it is "not intended for human consumption" and is intended only to be used as incense. Clearly though, the hundreds of cases across the county to poison control centers and emergency rooms indicates it is not being used as such. So far, two suicides from this hallucinogenic drug have been recorded.

SPICE use is not limited to the Midwest. Reports of its use are cropping up all over the country. It has been sold since 2006 as incense or potpourri for about $30 to $40 per three gram bag – comparable in cost to marijuana. It may be a mixture of herbal and spice plant products, but it is sprayed with a potent psychotropic drug and likely contaminated with an unknown toxic substance that is causing many adverse effects. You can get very high on SPICE. It's about 10 times more active than THC, the active ingredient in marijuana.

SPICE is growing in popularity because it is legal, purported to give a high similar to marijuana and believed to be natural and therefore safe. The toxic chemicals found in SPICE are neither natural nor safe.

What makes K2 so dangerous? The symptoms, such as fast heart beat, dangerously elevated blood pressure, and pale skin and vomiting suggest that SPICE is affecting the cardiovascular system of users. It also is believed to affect the central nervous system, causing severe, potentially life-threatening hallucinations and, in some cases, seizures.

Users are beating the system at its own game. Unlike the tens of millions of regular marijuana users in the country, the synthetic users are legally activating their cannabinoid receptors at will.

Though it may seem like a clean getaway for the Spicers, there are some serious unknowns. The most pressing questions regard the untested impact long-term ingestion of these synthetic cannabinoids can have on individuals.

Nationwide, more than 500 people have phoned poison centers about the drug already this year, up from just 12 calls last year. The synthetic marijuana is packaged in brightly colored bags and may only look harmless.

SPICE is legal in 44 states and easy to get anywhere. The six states banning the drug are Alabama, Georgia, Kansas, Kentucky, Louisiana and Missouri. Illinois, Michigan, New Jersey and New York are considering bans.

SPICE is banned by some U.S. military commands, where the potential for its abuse has been recognized. Research has linked naturally produced marijuana to health issues, including schizophrenia. With synthetic marijuana being even more potent, it is frightening to consider its potential damage.

SPICE is not regulated, so since you can't trust what's on the label, you have absolutely no idea what you're ingesting into your body. This is no different than going to a party and someone hands you a pill and you take it and you don't know what you took. Some of the retailers believe it's just incense, so they don't understand what it's actually being used for. And because it's incense, no one can regulate it – not the FDA, not the DA. Law enforcement has no control over it. You can order it online, and you can get it in magazines. It's not detected by drug-tests either. It's like a dream come true for an addict!

The U.S. Drug Enforcement Agency is looking into adding SPICE to the schedule of controlled substances. However, it is difficult to do so without exact knowledge of the dangers the drug exhibits. In 2008, scientific studies in Germany found SPICE compounds unsafe and the country quickly moved to make it illegal. This evidence gives the DEA a good basis for putting the compounds on the schedule of controlled substances list on an emergency basis.

Emergency rooms in several states are seeing the effects of SPICE with many users having to be admitted with the symptoms of SPICE abuse. Poison-control centers throughout the country are also seeing a huge increase in calls from parents who are concerned with the SPICE side-effects after finding their teens having seizure-like symptoms after smoking it.

This is not a fad and is not going away. Parents and teachers should make themselves aware of SPICE and its dangers. Because of its low cost and availability, and the negative testing in urine, SPICE’s popularity is rising and only getting bigger.

Parents should be on the lookout for warning signs such as agitation, pale appearance, anxiety or confusion due to hallucinations. Look for dried herb residues lying around your child’s room. Chances are your child is not using potpourri to make his/her room smell better or oregano to put on his/her pizza.

Thanks for an idea, you sparked at thought from a angle I hadn’t given thoguht to yet. Now lets see if I can do something with it.

i have been using k2 since in came out in my town and i use it almost very day and i not yet had a problem with k2 and my doctor says am healthy. before i use k2 i use to be in so much pain and the doctors could never find anything and i use to be sad all the time but now am happy and pain free. so if they ban it in my town am going to be very upset aybe k2 can help some people

Hi there, I found your blog via Google while searching for a related topic, your site came up, it looks good.