The Comedic Approach To Parenting 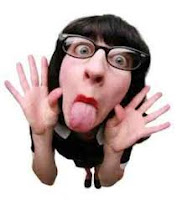 The last thing that most parents consider when they are trying to come up with some form of discipline for their unruly child is “humor.” But, when used in the right way at the right time, the use of humor and playful parenting can be a clever (and sometimes startling) technique.

The most important factor in disciplining a child is the connection between child and parent. While humor is certainly not the only way to make a connection, it's probably the best way since laughter and play appeal to most children.

Use humor to defuse tension. When a youngster has pushed his parents over the edge, humor can be a safe way to regain their ground. By putting a humorous slant on behavior that still must be addressed, parents model effective ways for children to handle feelings.

Turn anger into laughter. Parents who can help an angry youngster see the humor in her position without making her feel ridiculed is showing her how to calm down. When parent and child can laugh together, they become close again.

Here are some examples of parents’ use of humor:

1. Seven-year-old Kayla and four-year-old Michael were in the middle of an argument over a toy at the end of the day when their mom was already stressed-out from a hard day at work. Mom had neither the time nor the energy to put on her coaching cap and provide a lecture about “how to share.” Instead, she grabbed a big toy block and put it on top of her head and started singing, "I am a blockhead …I am going nuts …my children are fighting …I am a block head.”

The children burst into laughter and everyone was amused. Mom's clowning around had diffused the children's arguing. Mom then sat down with the children and said, "It has been a long day. We are all tired and hungry. Let’s go fix dinner together.”

2. Five-year-old Randy ran into the kitchen crying because his older brother had just accidently knocked down his barn made of Lego’s. Immediately, Randy's mom pulled out a tablespoon and a measuring cup. "We must get to work and count these tears," she said. "Maybe we can set a record!" Then she began collecting Randy's tears, emptying them carefully into the cup. Soon Randy was laughing. After a minute or so, he had forgotten what he was crying about.

3. While at the grocery store, 4-year-old Kevin bumped his elbow and began screaming at the top of his lungs. Kevin’s dad gave him a quick hug, then pointed to Kevin’s elbow and said, “Oh, did you hurt your knee?” Kevin shifted the focus from tears to getting the right body part identified, and pretty soon he had forgotten the pain altogether.

4. As an argument between one mother and her 13-year-old daughter was heating up, the daughter rudely stated, “Kiss my butt.” The mother calmly replied, “O.K. Move your nose.” The daughter looked as stunned as a deer looking into headlights, and then she busted out with laughter – argument over!

5. One mother (a born comedian) had a list of comebacks for almost any situation. She was known for one-liners such as:

Not every playful approach parents try will work. Moms and dads will need to experiment in order to find their child’s “funny bone.” Also, parents need to keep in mind that there are some things that just aren’t funny. Injuries, bullying, friend drama, and plenty of other circumstances are not humorous to most parents and kids, especially not at the outset.

Down the road the parent and child may find something humorous about the situation, but tread very carefully at the start. Part of developing a sense of humor includes understanding what is not funny, and this is very much a “lead by example” situation. Just as humor can connect parents and children, misused or misapplied humor can have the opposite effect.

All children have a funny bone. They love to laugh, play, and clown around. Humor is a very effective way to get children to do the things they don’t want to do. When moms and dads use silly songs and the element of surprise, children will often comply with little fuss.

This made my morning! My 11 yr old daughter with AS is in for some NEW mom material! Thx Mark!