When Teens Say They Don't Care About Consequences 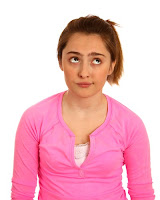 Mom: “If you don’t stop slamming your bedroom door, you’re going to be grounded for the rest of the week – and the weekend!”

If your teenager refuses to follow house rules, and also acts like the consequences for breaking the rules are a joke, then you (the parent) need to change your parenting approach.

There may be any number of reasons why your teenager fails to respect you, your rules, and your consequences. Does he refuse to accept the rules because he considers them unfair? In this case, the teenager's objections – and the parent's reasons – warrant further discussion. Are the rules clear? Important rules need to be put in writing.

Here are some tips for issuing consequences to teens that (supposedly) "don’t care" about consequences:

1. Be assertive without yelling or losing your temper. A willful teenager is likely to think it's funny to see you losing your cool. Disciplining your son or daughter will become a real struggle if you tend to get “bent out of shape” often.

2. Consequences should have realistic time limits (i.e., long enough to teach a lesson, but short enough to give the teenager a chance to move on to more positive things).

3. Consequences work best when they are imposed as soon as possible following an infraction of the rules. If you delay the imposition of the consequences, you're blunting their emotional impact on your teenager.

4. Hit them where it hurts! I often hear parents say, “It doesn’t matter what I take away for punishment. My child simply laughs and acts like he could care less.” If this is the case, then you haven’t found the thing your child likes most. I have NEVER known a teenager who did NOT care about EVERYTHING. Your son or daughter has something very valuable that he/she does not want to lose! Is there a prom coming up? Is he/she about to get a driver’s license? How about that birthday party at his/her best friend’s house this coming weekend? Find out what is going to “hurt” if your child stands to lose it, and you just might have the perfect consequence.

5. In order to deal with teens that don’t care what kind of consequence you issue, you must take a parental position that does not change.  If you bounce around all over the landscape, you only confuse your son or daughter. He/she needs you to be a fixed point of reference. Your teenager is very aware that you are imperfect.  She sees your inconsistencies, your bad habits, and your failures. Teens tend to become critical of parents who second-guess themselves.  As their world expands, they know other parents who are different, who have different rules, and teach different values. However, you can take a position that maintains your authority, admits that you are imperfect, and allows for your decreasing power as the teen grows older.

6. Many moms and dads don’t distinguish between power and authority, and they assume they have absolute power. But you don’t have absolute power over the life of your teenager.  If he decides to defy you, what are you willing to do?  Lock him in the basement?  Are you willing to call the cops?  Would throwing her in Juvenile Hall solve anything?  You never want to reach the point where you are in a power struggle. If your teen ever decides you are the enemy, control evaporates.  Once you become the enemy, you are the problem in the mind of the teen.  You may be nagging your teenager because you care, but he/she only perceives that “my mom is on my back all the time.”  Thus, the real issue disappears as the teen concentrates on winning through defiance.

7. One of your major goals when issuing a consequence should be to help your teenagers think and learn. Remember that you don’t “own” your teenagers. The goal is not to own or keep them, but to help them learn to be responsible and accountable people in their own right.

8. The severity of consequences should fit the crime. Overly harsh consequences will encourage your teenager to resent the rules and your authority, which will generate more anger and rebelliousness.

9. There is great power in listening, but few parents tap into that source of power. When you really listen to your teenagers, it helps you understand where they are coming from and what they are thinking. It allows you to make better decisions when it comes to discovering which consequences will have a positive impact – and which ones won’t.

10. Ultimately, if you want your rules to be followed, you must enforce them consistently. That means not "forgetting" about them or occasionally suspending them because you feel guilty or because your teenager pressures you to do so. If you make empty threats, you're sacrificing your credibility and undermining your authority as a mother or father.