The 3 Worst Parenting Styles: How to Be a Bad Parent

Parental stress can often cause changes in parenting behavior, for example: being more reactive and less proactive, decreased monitoring and/or supervision, engaging in increasingly harsh disciplinary behaviors, inconsistency, increased negative communication, and setting vague rules or limits on behavior. In this post, we’re going to look at “how to be a bad parent.”

Kids raised under this parenting style often have less social competence, because the mother or father generally “tells” the youngster what to do instead of allowing the youngster to “choose” by himself. Some kids of dictatorial moms and dads may develop insecurities and display anti-social behavior. 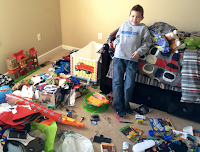 Over-indulgent parenting is characterized as having few behavioral expectations for the youngster. Over-indulgence occurs when moms and dads are very involved with their kids, but place few demands or controls on them. The parent is nurturing and accepting, and is receptive to the youngster's needs and wishes. Over-indulgent moms and dads do not require their kids to regulate themselves or behave appropriately. This often results in raising children who have a large sense of entitlement (e.g., “The world owes me, I shouldn’t have to work for anything”).

Kids of over-indulgent moms and dads tend to be more impulsive, and as adolescents, often engage more in misconduct. Over-indulged kids rarely learn to control their own behavior and usually expect to get their way. Over-indulgent parents (i.e., those low on accountability and high on nurturing) nearly triple the risk of their teenager participating in drug abuse and heavy alcohol drinking.

Inattentive parenting involves parents who are low in nurturing and accountability. They are generally not involved in their youngster's life, are disengaged, undemanding, low in receptiveness, have few rules, and set very few boundaries. Inattentive parenting results is dismissing the kid's emotions and opinions. Moms and dads are emotionally unsupportive of their kids, but will still provide their basic needs (e.g., food, housing, toiletries, money, etc.).

A youngster whose mom and dad are inattentive develops the sense that other aspects of his parents’ lives are more important than he is. Many kids of this parenting style often attempt to provide for themselves or halt depending on the parent to get a feeling of being independent and mature beyond their years. Kids raised under an inattentive parenting style often become emotionally withdrawn from social situations. This disturbed attachment also impacts relationships later on in life. In the teenage years, they may show patterns of truancy and delinquency.

So, enough about bad parenting. What can a parent do if he or she wants to employ a better parenting style? The answer is: become more “influential.”

A Good Parenting Style: The Influencer— 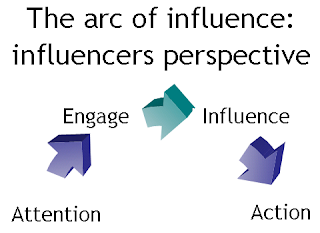 The influential parent sets clear standards for her kids, monitors the boundaries that she sets, and allows her kids to develop independence. She also expects mature, independent, and age-appropriate behavior from her kids. Discipline for misbehavior is measured and consistent, not arbitrary or punitive. The influential parent sets limits AND promotes maturity, but when disciplining her youngsters, the parent will explain her motive for the consequences. Kids raised under the influential parenting style are more likely to respond to discipline, because it is usually perceived as reasonable and fair. The youngster knows why he is being disciplined, because an influential parent makes the reasons known. The “influencer” is attentive to her kids’ needs and concerns, and will typically “forgive and teach” instead of punishing when her youngsters fall short.