Dealing with a Run Away Daughter: Tips for Parents 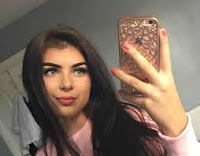 Hi Mark, We bought my out of control teen for our problem teen, H___ aged 16 (with undiagnosed emotional problems) and have found the tools very helpful, however we are at a loss to know how to deal with her runaway episodes which she does when she receives a consequence.

She ran away late one night in bare feet and walked all the way to her dad's house 7& 1/2 kms away, (he was convicted with 18 charges of violence against me) she hadn't seen him for 10 years...and it turned out to be a bad experience...then went and stayed at a friend’s. As she told us she wasn't coming home but was planning to move out which she can legally do at the age of 16, which she is now. I just told her how her choice to move out would affect her...we wouldn't support her financially...she would have to arrange all that herself and stayed in constant contact with her.

We have contacted the police and they have said unless she is considered at risk (ie mental health issues which she does have) they do not have the power to go and bring her home.

I managed to persuade her through much carefully thinking and talking to come home and return to school which she wanted to drop out of. She did work experience during the holidays that I took her to and now school has started she became very wound up and yelled at and gave me mouth for half an hour when she was reminded of a job she was required to do.

She went to school Monday and never came home...I believe she has gone to a friends...and I don't know what to do....I replied to her text on someone else’s phone but have not heard back from her.

By running away when she is given a consequence (this has gone on for 2 & 1/2 years) she avoids all responsibility and accountability and I renders useless any discipline program.

What can I do about this as our Australian laws as we have signed the convention on the rights of the child have taken away parental rights?

How can I approach this problem for her benefit?

We as parents want to model for our children HOW THE "REAL WORLD" OPERATES.

In the real world, one has to follow certain rules (e.g., obey the speed limit).

In the real world, when someone breaks the rules, there is a consequence (e.g., a speeding ticket).

In the real world, if someone refuses to accept the 1st consequence (e.g., not paying the ticket)...

...there is usually a much stiffer consequence to follow (e.g., lose of driving privileges).

Thus, you will do more harm than good by (a) pleading and begging her to come home/return to school and (b) tip-toeing around her in fear of issuing any consequences that may result in her running off.

As long as you take ownership of her "running" and "avoiding" -- then she does not have to take on any responsibility (you are taking it all). As soon as she realizes that HER PROBLEM IS HER PROBLEM (i.e., where she lives and whether or not she goes to school is HER responsibility), then she will begin to make some better choices.

Tell her she is always welcome to come home, but there will be rules as well as consequences for violating the rules. Then say, "You decide where you want to live. Take all the time you need."

Thank you so much for your sound advice. Here's how I implemented your advice...

I sent her an email explaining the consequences of her choice to run away (which were increasing in severity the longer she stayed away). They involved confiscating all her important stuff and selling it should she not return home, and giving the money to her sister who she owed money to.

I would call her 'safe house' (which we had no details of without lots of investigation) and inform them of what we were going to do, and that she was under my legal guardianship, I would call CATT and CAHMS, adolescent and mental health teams, I would report her as a missing person to the police.

I gave her a time limit when they would begin. If she wasn't home by 8pm I would begin to implement my plan. Then I told her what would happen if another day went by....I would put up missing person posters of her around all her favourite haunts asking people for information. And I would sell her horse and cancel his agistment, and warned of daily consequences increasing in severity.

She was on the phone to me quick smart to say she was coming home before 8 but she couldn't find money for a bus fare, then rang to say there weren't many buses, then she rang to ask if I could pick her up.

Your right. Reading her the riot act and telling her the consequences made it her problem not mine and she became very anxious to avoid them.

Thank you so much, she came home a very compliant and subdued and obedient kid.