When Your Teenager Absolutely REFUSES To Go To School 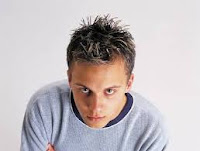 "Terrible morning... my 15 yr. old missed the bus AGAIN. I told him that if he missed again he would have to walk (about 1 mile). He refused and went to his room. I tried to get him to go but he refused. Told him this was unacceptable and ended up driving him part of the way. What do I do now? He has had his phone and ipod taken away already."

You're definitely not alone in dealing with this issue. Here are some examples to prove it:

Laura, an eight-year-old girl, has always had difficulty attending school. Since she began third grade two months ago, her problems have significantly worsened. She constantly begs to stay home from school, having tantrums that cause delay in dressing and often result in her missing the bus. After arriving at school, Laura frequently complains of stomachaches, headaches and a sore throat to her teacher and asks to visit the school nurse with whom she pleads to call her mother. Her mother typically picks her up early twice a week. When Laura gets home she spends the remainder of the afternoon watching TV and playing with her toys. When her mother is unable to pick her up early, Laura calls her mother's cell phone periodically throughout the afternoon to "check in" and reassure herself that nothing bad has happened. Laura's teacher has expressed concern about her missing so much class time which has resulted in incomplete assignments and difficulty learning.

James is a fourteen-year-old boy who has missed forty-three days of school since beginning the eighth grade four months ago. When home from school, James spends most of the day online or playing video games. On the days he does attend school he is typically late for his first period which enables him to avoid hanging out with other kids before class. He always goes to the library during lunch. When he does go to class, he sits in the back of the classroom, never raises his hand and has difficulty working on group projects. James' teachers have noticed that he is always absent on days that tests or book reports are scheduled. His parents have already punished him after his first report card came home since he received D's in Math and Social Studies and failed Gym for cutting. James' parents have started to wonder if they should change his school placement and have asked the school to arrange home tutoring while this alternative is explored.

As much as 28% of school aged kids in America refuse school at some point during their education.1 School refusal behavior is as common among boys as girls. While any youngster aged 5-17 may refuse to attend school, most kids who refuse are 10-13 years old. Peaks in school refusal behavior are also seen at times of transition such as 5-6 and 14-15 years as kids enter new schools. Although the problem is considerably more prevalent in some urban areas, it is seen equally across socioeconomic levels.

1. are entirely absent from school, and/or

2. attend school initially but leave during the course of the school day, and/or

3. go to school following crying, clinging, tantrums or other intense behavior problems, and/or

4. exhibit unusual distress during school days that leads to pleas for future absenteeism.

The cause and maintenance of school refusal behavior—

Laura had several physiological symptoms at school and went home to be with her mother and play. James on the other hand, avoided potentially distressing social and evaluative situations at school which negatively impacted his academic performance. Although many behaviors characterize kids who refuse school, there are a few variables that serve to cause and maintain this problem. School refusal behavior occurs for one or more of the following reasons:

1. To avoid school-related objects or situations that cause general distress such as anxiety, depression or physiological symptoms

2. To escape uncomfortable peer interactions and/or academic performance situations such as test-taking or oral presentations

3. To pursue tangible reinforcement outside of school

4. To receive attention from significant others outside of school

The above four reasons for school refusal behavior can be explained by principles of reinforcement. Any one youngster can refuse school for one or more of these reasons. The first two reasons characterize kids who refuse school to avoid or escape something unpleasant (negative reinforcement). For example, one of the reasons for Laura's crying in the morning is her fear of riding the school bus. By tantruming she accomplishes her goal of avoiding the school-related object (the school bus) that causes her distress. Another example of negative reinforcement is when James escapes aversive peer interactions and exams by school refusing. The third and fourth reasons characterize kids who refuse school to gain rewards (positive reinforcement). Laura, as is common with many younger kids, tries to avoid school as a means of having her mother provide her with excessive attention and closeness. Thus, Laura's behavior in this situation may be associated with separation anxiety.

Another instance of positive reinforcement is exemplified by James, who basically has more fun being at home on the computer and listening to music than being in school. It is important to note that alcohol and drug use can occur among adolescents who school refuse for one or more of the reasons listed above. For example, a teenager who is extremely socially anxious may drink alcohol as a way of enduring distressing social or evaluative situations. Another youngster who avoids school may smoke marijuana during school hours as a means of gaining acceptance by peers or simply because it is more enjoyable than attending school. While all forms of school refusal can be equally debilitating, typically, mental health professionals receive fewer referrals for kids who have internalizing as opposed to externalizing behavior problems. In other words, the kid who exhibits anxiety is less likely to receive treatment than the kid who is disruptive.

Kids who refuse to go to school typically do much better in an alternative school setting – one in which (a) the classes are smaller, (b) they get more one-on-one attention, and (c) they do most of their work on the comport.