Dealing With A Chronic "Running Away" Daughter

Hi Mark, My 16-year old granddaughter (who lives with her father) runs away from home fairly regularly ...usually 3-4 days at a time. And we never know where she stays during these stints. What can her father do to prevent this? What should he do if she does take off again? It's starting to become a real problem. And I worry about her safety. Thanks, A. 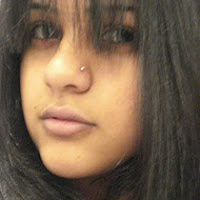 Too many teenagers run away 'from' something, rather 'to' something. Many teenage runaways leave home in search of safety and freedom from what they “consider” or “perceive to be” abusive treatment. Running away from home is usually a quick decision.

Each year, an estimated 1 million children, usually between the ages of 13 and 17, run away from home. The National Runaway Switchboard estimates that the average age has dropped from 16 years to 15 years, with 38% under the age of 14. While many children think about running away or may threaten to run away at some point during their childhood, for most children it never goes beyond a threat. Increasingly, younger runaways appear to be from well-meaning families, and parents are taken by surprise at their child's actions. However, 41% of the runaways who call the National Runaway Switchboard indicate that "family dynamics" is the main reason for running.

Other concerns may be abuse, poor grades, social issues, and stress from conflicts at home or at school. Also, the breakdown in extended communities may be a factor. In previous generations, when family tensions flared, the parents and adolescent might get some respite care from a grandparent or relative who lived in the neighborhood. It wasn't unusual for the teen to stay with grandmother for a while. Unfortunately, few families today have those options available within their community.

There are several reasons children run away from home. Some do so because of an unstable family situation (divorce, a death in the family, sexual or physical abuse, or drug or alcohol problems in the parents). Some run away as a response to over-control, neglect, or conditional love. Some seek to wield power over, get undue attention from, manipulate, or punish their parents. Some suffer acute personal crises like pregnancy, substance abuse, or trouble with the law. Some are depressed, and some just seek adventure or are influenced to run away by their peers.

It may be helpful for parents to understand some of the warning signs that may appear in a preadolescent or adolescent who is considering running away. The three main causes for running away:

Other reasons for running away include the following:

Transition times, such as moving to a new community or school, are high-risk times for students, and they may fantasize about their previous community or have romantic ideas about life on the streets. Other warning signs might include increased tension and decreased communication between the parent and child or the teen's withdrawal. These and other indicators of depression should be noted in the child.

For some parents, the first realization that there is a problem is when the adolescent runs away; for others, the child may threaten in anger to leave. The typical runaway will likely not stay away for long, typically 48 hours to 14 days. Also, very few leave their immediate community; they will usually stay with friends. Most runaways come home of their own accord. However, it is important that a threat to run away is not ignored.

What can parents do to make their children stay at home? One simple 'win over' gesture is to communicate, listen, help, understand and try to solve the problems patiently.

You can protect your child by providing a better quality of life at home. A loving and happy home atmosphere with good communication will help your child to feel secure, which will make them think twice before running away from home. Parents who care will also weigh their decision in the light of what is in the best interest of the children. Parents do not want there children to become neurotic and paranoid. Just take the time to show your child the love and affection that they deserve and need. By doing this you will not have to worry about your child being among the number of runaways in the world today.

Parents might respond to the child by listening to the child's concern and helping the child develop some strategies to cope with the problem. It may also be helpful to suggest talking with an empathetic third party such as a family friend, relative, or counselor. Reassuring the child that he is loved, and able to work through his concerns rather than running away, may help. If the child does leave, take the following actions:

Working together to build communication and to improve the quality of the relationship between the parent and teen may be the most effective prevention for running away.