How to Deal Effectively with "Backtalk" 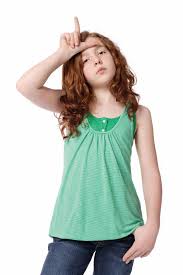 Hi Mark--I will ask a question. I have a 12 year old daughter that we started a behavior contract with because of increasing back talk and not finishing her chores and homework before starting to watch TV. This contract has worked well, so far, I used your example. She also was being asked alot to pick up after herself and once we put that in the contract if she doesn't follow through then we issue a consequence. We keep the consequences appropriate for the incident. My question is, I want to make sure she isn't too young for this? Her older sister has moved out (we asked her to) she was a terrible influence on my youngest daughter and that was one of the reasons we asked her to move out--what I am seeing is that D___ my youngest has picked up on alot of my oldest sarcasm and she uses it often. I have also put that on the behavior contract list. I think it is getting better, but I am concerned I am going to be dealing with the same problems, since her sister was such a problem, any other suggestions you have to avoid, problem child # 2. Since my oldest has left there is a lot more peace in the house, which we all cherish. My oldest daughter often stops by and has made references to how ridiculous the behavior contract is and is just her usual self and of course we tell her to stay out of it. She says all of this in front of my youngest and I am not sure if her influence is something I should be concerned about. One last question. My husband spends alot of time explaining his consequences, as well as listening to my youngest go on and on about how upset she is. I have told him that it should be short and just to implement the consequence since he already warned her once. What advice do you have that I could say to him to support that less is more? Please respond, thanks P.

I’m not sure that she necessarily “picked-up” your oldest daughter’s sarcasm …she’s probably at the age where she would be doing this anyway (although the oldest is not helping matters any). Sarcasm is normal – and falls into the “pick-your-battles-carefully” category. The more attention you pay to it, the more she will continue doing it.

Conversely, the more you ignore it, the less “pay-off” she will receive, and she will eventually stop it. As long as it is pure sarcasm (and not a house-rule violation per say), I would simply ignore it. You don’t have to – nor should you – include every problem in a behavior contract. When she’s sarcastic, “act as if” you are not offended.

It sounds like you are handling this one just fine. I wouldn’t worry too much about it. Again, the more you make an issue of her comments about younger sibling’s contract, the more she will be inclined to comment negatively about it.

Your right! It must be your husband’s style to try to “reason with” your daughter. Unfortunately, “reasoning with” a child is an exercise in futility. Children don’t respond well to ‘logic’ – they simply want things to go their way. It would be easier - and a lot less painful in the long run - to simply beat your head against a brick wall than to make an appeal to your child’s ‘rational mind’.

Share this email with your husband, then let him decide whether or not he wants to continue wasting his time and energy trying to get your daughter to “understand.”