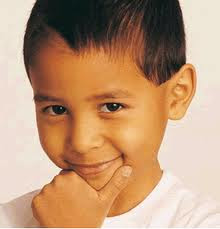 Honesty – and dishonesty – are learned in the home. Moms and dads are often concerned when their child or teenager lies.

Lying that is probably not a serious problem—

Young kids (ages 4-5) often make up stories and tell tall tales. This is normal activity because they enjoy hearing stories and making up stories for fun. These young kids may blur the distinction between reality and fantasy.

An older child or teenager may tell a lie to be self-serving (e.g. avoid doing something or deny responsibility for their actions). Moms and dads should respond to isolated instances of lying by talking with the youngster about the importance of truthfulness, honesty and trust.

Some adolescents discover that lying may be considered acceptable in certain situations such as not telling a boyfriend or girlfriend the real reasons for breaking up because they don't want to hurt their feelings. Other adolescents may lie to protect their privacy or to help them feel psychologically separate and independent from their parents (e.g. denying they sneaked out late at night with friends).

Lying that may indicate emotional problems—

Some kids, who know the difference between truthfulness and lying, tell elaborate stories which appear believable. Kids or adolescents usually relate these stories with enthusiasm because they receive a lot of attention as they tell the lie.

Other kids or adolescents, who otherwise seem responsible, fall into a pattern of repetitive lying. They often feel that lying is the easiest way to deal with the demands of parents, educators and friends. These kids are usually not trying to be bad or malicious but the repetitive pattern of lying becomes a bad habit.

There are also some kids and adolescents who are not bothered by lying or taking advantage of others. Other adolescents may frequently use lying to cover up another serious problem. For example, an adolescent with a serious drug or alcohol problem will lie repeatedly to hide the truth about where they have been, who they were with, what they were doing, and where the money went.

What to do if your child or teenager lies—

Moms and dads are the most important role models for their kids. When a child or teenager lies, parents should take some time to have a serious talk and discuss:

If a child or teenager develops a pattern of lying which is serious and repetitive, then professional help may be indicated. Evaluation by a child and adolescent psychiatrist would help the child and parents understand the lying behavior and would also provide recommendations for the future.

Lies come out of kid's mouths for a variety of reasons:

No, you can't keep your kids from lying, but you can make lying a less rewarding activity. Many lies come from self-protection, and you can help by not creating a situation where your kid feels pressured to lie or suffer the consequences. Here are a few suggestions:

Seven Quick Steps to Dealing with a Lie—

Discovering your youngster has lied can be quite distressing. Lies are often an additional layer of misbehavior (the child misbehaves, and then lies about it) and it's this layer that often makes moms and dads go ballistic. (“I'm furious that you stole my silver coin collection and bought candy with it, but the fact that you lied to me about it, too, well, I can't stand it!”) If you've discovered a lie (“layered” or simple), try this: