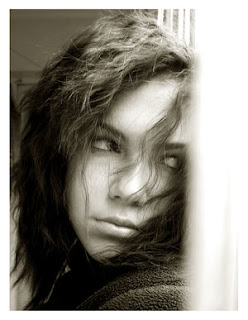 Runaway behavior for teens is usually not the result of a wish to have a Huckleberry Finn experience. It is often their dramatic way of dealing with longstanding problems or conflicts with family.

It is believed that between 1 and 1.3 million teens in the United States live in emergency shelters or on the streets. Research indicates that the problem is more prevalent for adolescent girls. Homeless teens tended to be younger, female, and white. Further, these girls engaged in problematic behaviors, such as vagrancy, sexual promiscuity, prostitution, suicide attempts, and becoming pregnant.

The types of runaway behavior were initially viewed dichotomously as "running from" or "running to" something. These include three categories:

The "running to" teens may have experienced some problems with family or in school or the community, but is often searching for excitement. This type of runaway usually comes from a more normal family situation and runs away for existential reasons.

The "running from" teen is unhappy about one or more major areas of life (e.g., conflict with, or alienation from, family). The family situation is often pathological, such as that involving an alcoholic parent, physical or sexual abuse, or extreme financial difficulties. Running away in these instances can be viewed as a rational decision to escape harm.

The "thrown out" teen may have been forced to leave home, because of extreme family alienation or premature dissolution caused by chronic poverty, family conflict, substance abuse, or the death of caretakers.

In North America, runaway teens are widely regarded as a chronic and serious social problem. It is estimated that each year there are between 1.3 and 1.5 million runaway and homeless teens in the United States. This problem also exists in the United Kingdom, with runaway teens often congregating in London.

Current studies suggest that the primary cause of teen homelessness is family dysfunction in the form of parental neglect, physical or sexual abuse, family substance abuse, and family violence. Family conflict can also be caused by sudden and or drastic changes in the family composition (i.e. a divorce, re-marriage, death of a parent), parental substance abuse, teen's substance abuse, and teen's sexual activity. They may have difficulty obtaining affordable housing, due to landlords being reluctant to rent to young adults. Since most homeless teens drop-out of school, they also have difficulty competing successfully in the job market.

A related term used for runaways is "throwaway teen". Normally a throwaway teen is someone who has been "locked out" or forced to leave home by his/her moms and dads or caregivers. However, the distinction between runaways and throwaways is not clear as in many cases it depends on who provides the information. When the moms and dads are asked they say the teen ran away, while the teen would say he or she was forced to leave, either directly or by circumstances. In most cases, teens run away because the situation at home is seen as unbearable and not because they are looking for excitement or fun.

Running away from home is considered a crime in some jurisdictions, but it is usually a status offense punished with probation, or not punished at all. Giving aid or assistance to a runaway instead of turning them in to the police is a more serious crime called "harboring a runaway", and is typically a misdemeanor. The law can vary considerably from one jurisdiction to another; in the United States there is a different law in every state. A 2003 FBI study showed that there were 123,581 arrests for runaway teens in the United States.

Motivations of a Runaway—

Problems that Increase the Risk of a Runaway—

Warning Signs of a Potential Runaway—

The following is a brief list of suggestions that can help reduce the risk of a runaway:

==> My Out-of-Control Teen: Help for Parents of Defiant Teens

Most of the time, parents kick out their kids because of their own problems. Its a horrible way to deal with the issue(s), but sometimes its actually better for the teen to see their parents for who they are. That way they can protect themselves from them. Being on your own is not bad, but teens who are, need to know that they can talk/share their stories.
taapnow.com (teenagers against abusive parents)
dammnow.com (daughters against mean mothers)

Yeah but you neglect to realize that there are plenty of teens who get kicked out because of substance abuse WITHIN your house! Illegal drugs in your house is cause for arrest...not to the the teen but to the HOMEOWNER! You cannot keep a teen like that in your house! My brother is one of them! I speak from experience here! He would NOT stop bringing his illegal substance into our HOME and SELLING it through OUR mailbox!!! He could not comply so...he had to go...sorry. There really are occasional merited reasons to kick a teen out.