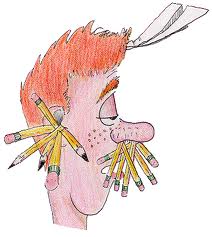 According to the director of the project, the reasons high school kids claim they are bored are as significant as the boredom itself. The finding that nearly one in three respondents (31 percent) indicate he or she is bored in class due to "no interaction with teacher" is a troubling result.

So, in a high school class, 1 out of 3 kids is sitting there and not interacting with a teacher on a daily basis and maybe never. They're not having those interactions, which we know are critical for student engagement with learning and with high schools.

Some of the key findings include:

The lack of adult support may play a role in student disengagement from school. While 78 percent of kids responding agree or strongly agree that at least "one adult in my school cares about me and knows me well," 22 percent have considered dropping out of school. Of those kids who have considered dropping out, approximately 1 out of 4 indicated that one reason for considering this option was that "no adults in the school cared about me."

The fact that this many kids have considered dropping out of high school makes the numbers of dropouts that we actually see across the country -- and the supposed dropout crisis that we have -- not surprising. I think schools definitely need to pay a lot more attention to what kids are thinking and the reasons why they're dropping out.

Among the other findings:

Even though kids may not be putting in time outside of class, they expect to earn a diploma and go to college. Nearly 3 out of 4 kids responded that they go to school for that very reason. The lack of time spent studying and reading may work against such a goal.

Kids may not be doing the work to get them to that point. Or, they're not interested so much in what they're doing in their classes as they are in the goal of getting a diploma and going on to college.

The size of the sample certainly means that high schools from across the country can draw some conclusions about their own student bodies. A administrators consider restructuring programs, the HSSSE data can be especially valuable.

I think this brings critical student voices into reform efforts and into conversations about the structures and practices of individual schools.

The survey indicates kids are just trying to get the diploma and leave. It's as if the focus is so much on getting that degree, ending high school, and going to college, that the focus on learning is actually lost. If they're not interacting with their learning, if they're not feeling that what they're learning is relevant, if they're not engaged in it, there's no seeds planted for that passion for learning or exploration which is what would drive them to college and the next stage. So I think a large part of this is 'what is the purpose of schooling?' Is the purpose of schooling in high school to get children out with a degree and move them on to some level of postsecondary education, or is the point of high school to involve them in some way in learning and plant a seed for discovery in education that actually carried into whatever they do next?

Interaction with educators is important. We know that those interactions are critical for learning and critical for participation in school. If only two out of three kids are having some interaction, then we know there's a large chunk of kids being left out and being left behind.