Why Teens Have So Much Anger 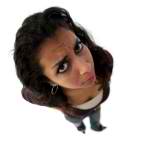 There is probably no greater problem facing moms and dads than dealing with angry teens.

Anger and learning to deal with anger is a necessary and important part of growing up. Rather than rely on techniques to manage your angry youngster, it seems to help a lot of moms and dads if they understand what makes kids act that way.

What Teens Say About Their Anger—

What Can Parents Do?

What kids tell you is not necessarily the whole truth but there is always an element of truth. Just listening to your youngster and understanding what makes them angry can help in most cases. You don’t have to agree with your teenager but it helps to just listen and show your youngster that you care.

There can be no simple solution when facing an angry youngster. It is not fair or even effective to expect moms and dads to avoid upsetting their teenager. Once your child gets angry, you can’t always make it better. But unfortunately moms and dads can make it worse and even reinforce angry behavior if they shout, insult or argue back. Sometimes the best we can do is to not make it worse and then deal with a youngster’s anger at a better time in a fair and effective manner. Giving kids a consequence later when you are not upset and they are not upset is always best. They may get upset later but at least your punishment was not given out of anger. Kids are less likely to "get even" later if you don’t punish them when you are angry.

Some kids are just plain temperamental no matter what you do. Others kids are easily frustrated no matter what happens. But the underlying reason is almost always this: Kids become angry when they are frustrated and they assume they are being picked on, treated unfairly or made to feel bad on purpose. They get angry because anger is often the only way they know how to escape or avoid feeling sad, hurt, afraid or out of control.

Blaming others and ignoring their own behavior is a clear sign of an insecure youngster. Insecure kids with low self-esteem feel better when they are angry and blaming other people. Any teenager who is extremely angry at their self can become self-destructive, create failure or think about suicide. It is a sad reality, but anger at the world is not nearly as depressing as feeling like a failure with no excuses.

For help with angry teens, download your copy of the "My Out-of-Control Teen" eBook today…

My son has been threatening suicide for 5 years now. I don't believe him and I do believe it is for the reaction that he gets. I love him dearly, but I am growing increasingly impatient with him. We have new in-home counselor's that just started helping our family recently. I don't feel like it's going fast enough. Chris is getting in more trouble faster than I can implement the consequence from the time before. I try to ground him, he just told me it makes him more mad when I say that so I told him that I will call it outdoorsily challenged from now on, but he leaves for days at a time now. He doesn't ever get to school on time, he's disrespectful to adults, he makes excuses for what he does that doesn't even make sense, he smokes pot, he has sex, protected, I think. I supply condoms. He steals from those closest to us including myself. He doesn't listen to anyone.

As you say in your video: I am truly at my wits end with her.

The crazy thing is I have tried to seek help with her from support groups and I have been past from pillar to post and no one out there seems to want to help.

When I try to have a rational conversation with her, she just screams at me and accuses me of being annoying. Recently things have come to a head and she has said she doens't even want to live with me.

The main problems are:
The way she treats me, (she's only nice if she wants something)
She gave up all the activities she was good at last year and just wants to hang about the streets with her friends.
She wont tell me where she is or who she is with.
She wont bring her friends back to the house.
She was stopped by police at 1am in the morning and lied about why she was there. I didnt even know she had sneaked out?
She was caught shop lifting but no charges were brought about.
I think she may be smoking.
She clearly thinks she doesnt have to adhere to any rules at all
She is horrible to her elder brother.
I am at my wits end with her as I cannot get her to listen to anything I say
Tried everything and worried that she will get into more trouble if I don't get some help soon.


Can say, she appears to be no problem at school, and don't think she is on any drugs (YET!)

regards
from one very worried sensible mother in the UK

It's not as bad with my brother as your son is but, he was caught shoplifting went to court, now goes to therapy and it doesn't seem to be working because he's still a brat with me and my family and my mother I'd at wits end with him. He makes her cry and doesn't care and hits everyone my mother more, he hits her on the stomach,knee and other places. Now since it's summer he has a lot of things to do but, he's still acting out and one time everyone was fighting so bad that I called the police and it's not the first time we've called th.

I'm reading these comments and I can relate.

I have a 14-year daughter that gets so angry and we couldn't take it anymore. She screams, hits, breaks things. We were walking on eggshells afraid to set her off. We've got a whole arsenal of people to work with her and us: a pediatric neurologist, therapist, pediatric psychologist, case manager at school, and psychiatrist. We knew she was ADHD but found out she's also bipolar and the anger is when she's in her manic phase. Plus she's a hormonal teenager!!!!
Finding the right meds and the right doctor has been critical. But we also purchased the ebook offered on this site on how to handle her better and I have to say things have improved.
We were getting abused by the screaming and insults. And after the book talked about not trying to reason with someone who is unreasonable, we've started that. We don't argue back and not get angry. I walk out of the room often because I'm not sinking to what she's doing. I have to say, she calms down faster and we have less outbreaks. She actually is apologizing when things escalate. I don't mean to be a commercial for that ebook (which come with video tutorials of what do to do, too. My husband says that help him more.). But it's really helped me be able to handle her and the situation better. It's the cheapest thing we've tried yet and it really worked.