When Your Child Hangs With The "Wrong Crowd" 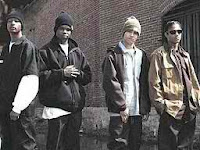 My 15-year-old son is constantly getting in trouble at school with a new friend. Before that friend came along, he was always so good. What should I do?

While your goal as a mother/father is to keep your son protected and safe, your son’s goal is to be with friends who like him.

Sometimes our perspectives might be a bit tainted when it comes to our kids. We tend to see ‘badness’ in others families – but not in our own. But adolescents do select friends. They’re not just simply influenced by their friends – they’re instrumental in deciding who to hang around. Maybe you didn't realize it, but if your youngster has befriended a trouble-maker, there were likely problems brewing before the friend ever came into the picture.

So what can parents do?

Unless you have reason to believe your youngster’s activities are extremely dangerous, it’s probably wise not to forbid him from seeing the friend. Prohibiting your son from seeing this friend is an extreme measure, and taking it means you run the risk of it back-firing; it could make the friend even more attractive. You can't pick your son’s friends. In fact, if you criticize or attack his friends, you're really just making the relationship stronger. There are teens who like the fact that their parents don't approve of their friends – it adds to the intrigue of the relationship. Some moms and dads are also tempted to force their children to change schools to get away from a “bad” crowd. This tack only works if the adolescent also wants a fresh start. If not, he will simply find another negative crew.

Adolescents are developmentally at a place in their life where they're defending their peers. Your son’s natural urge is going to be to protect his friends, whether or not he knows you're right. Criticizing your son‘s friends is like criticizing an aspect of your son.

Sit down and try to have a calm discussion about what’s happening. You want to find out what’s going on with your youngster that’s driving him to hang out with a negative kid. This is really challenging. Moms and dads have a vested interest and the adolescent often gets defensive. But try to get the ball rolling by saying something like, "I’m concerned about what I see. I don’t understand what you’re doing and why." Start with the "issue" rather than the "friend." Talk about what you expect as a mother/father and why your expectations aren’t being met. If that doesn’t get you anywhere, then move the conversation to the friend in particular. Be honest with your youngster. Tell him that you’ve noticed changes since he started hanging around the friend. If there are some particulars about the friend’s behavior, it’s good to be fairly honest with that.

After you have the talk, wait. It’s not uncommon for adolescents to tell their moms and dads they’re crazy or that they’re not listening, but if you give them time to cool off and process what you’ve said, they often end up making reasonable decisions. Many children welcome help dealing with their friends even during the adolescent years and beyond. A significant number of moms and dads believe that once a youngster reaches adolescence, he knows enough to make his own decisions or that the peer group takes over. But that’s not necessarily true. Research has found that adolescents still want and need their parents to help. Moms and dads can be a counselor in friendships. They can help talk to their children about how they might work through and maintain friendships and the consequences of hanging around certain people.

If you know your son’s friends are engaging in behavior that isn’t in line with your values, then set some limits on how much time he spends with those friends. If his friends are breaking the law or doing things that are unhealthy, you can say, “Maybe they're your friends, but I'm not going to let you hang out with them.” You set the standard as the parent …you set the expectation. If your son doesn't meet it, at least he knew there were standards and expectations to begin with, and now he will have to face the consequences and be held accountable for his actions.

Peer influence peeks around age 14. By the time adolescents reach high school, they’ve developed a stronger sense of self and they’re not as desperate to fit in. So if you keep the dialogue open, and if the friend truly is a negative influence, there’s a good chance your youngster will see it for himself and find better things to do with his time very soon. And what he does with his time could be to hang out with peers who are positive influences. Friends tend to get blamed for bad behavior but rarely get credit for the opposite. Peers have a strong influence, but remember that can be for the better rather than worse.

Teens are going to make mistakes and they're going to make bad choices. The best we can do is guide them, set limits, project our view of what's right and wrong in the world and hold them accountable.

How do you ground and 18year old

I wish I knew. My 24 yr. old son is hanging around a 33 yr. old that doesn't have a job or driver's license. My son gets paid and goes over to his house the same day and is broke a few hours later. I do give him credit for paying some of his bills first. He tells me to transfer the money before he leaves the the house. He spends close to a $80-100 within a few hours on pot, gas and cigarettes. Then he wants to borrow money from me later in the week. I am trying to be strong and not give it to him. His friend has some good attributes but my son is not making good decisions with his money. I have asked him if he is giving his friend money and admits he is sometimes. I dont want him buying his friends. This was a great article as I see my son getting angry when we question him about his friend. He strongly defends him and "we don't know anything." I can only pray that the Lord will work this out as what we are doing isn't working.