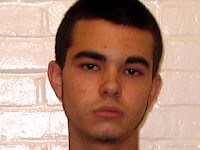 "My son is 15 …his dad and I were divorced when he was 9. Apparently my son feels that I am an emotional wreck and would never be able to live without him so has moved to his dad's quite a few times since then. I have to admit, he is my whole life and I have not always done the best job of parenting, making him EVERYTHING to me. I had the usual guilt feelings of the divorce and tried to compensate by giving him everything as well as his dad doing the same. He is spoiled (for lack of a better word) and has never had to work for anything.

For the last few months, he has been extremely angry with me and has told me that he would love for me to kill myself, has never liked me and even leaves messages on my phone when I refuse to deal with his abuse. I have made it clear that he will not live with me until he learns to respect me, however he turns everything around so that it's my problem, he's done nothing wrong.

I have told him that I admit that I haven't been a perfect parent but that I would try to do my best. Too little too late? I don't know. Bottom line, how do I apply the lessons in your book to my situation when he doesn't want to be with me at all?

My son has also been using drugs, pot and not sure what else, I've been told possibly oxycontin. He has been picked up for shoplifting and also has a harassment report concerning a former friend of his.

I'm so afraid for him and his well-being. His dad is not on the same page. Please help. Can I still be involved in his life when he is not here and hating me so much? I'm feeling so helpless."

First of all, I want to congratulate you for refusing to allow him to disrespect you. I cannot tell you how important this is (even though it does put you in the position of being the “bad guy”). Your son doesn’t hate you … he’s just pissed that he can’t control you. I’m guessing that his dad enjoys the position of “good guy” and employs an over-indulgent parenting style to maintain that status.

You’re torn between (a) how do I get my son to respect me and (b) how do I maintain a quality relationship with him (i.e., one that I enjoy; one in which I feel loved, appreciated and bonded). Unfortunately, you will not be able to have both of these. You will have to decide which is more important: (a) modeling for your son that it is not O.K. to disrespect women, or (b) spoiling your son so that he gets his way, and as a result, is less hostile.

Now …you know what I’m going to say at this point.

If we were concerned about what’s in the best interest of your son in the long run (which we are), then you would be willing to sacrifice a warm, fuzzy relationship with your son for a valuable life lesson, which is “women will not allow you to abuse them, emotionally or otherwise.” This revelation will come in real handy for him some day.

Should you terminate the relationship with your son if he continues to be abusive? Possibly. When you "terminate the relationship," you're not saying to your child, "Hey ...I don't love you anymore, and I never want to see you again." Rather, you are sending a clear, verbal message that "as long as you choose to use abusive language and threats, I choose not to be around you."

You could include the comment, "whenever you decide to stop using abusive language and threats, I'd love to spend time with you" (tough love that, in many cases, is equally tough for the parent). In those cases where the child does not have the luxury of going to live with the other parent, you have to adopt a different approach obviously (which is discussed in the ebook).

I have had many mother-clients who told their abusive sons that they either (a) refrain from abusive language and threats, or (b) pack it up and go live elsewhere. But this is a decision that you -- and you alone -- can make. I’m not suggesting it at this point (unless it feels right in your gut).