Son Refuses to Move with Family to a New City 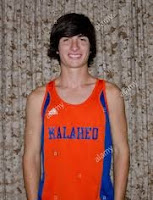 We are facing some challenging times ahead and I would like some advice on how to handle this with our 16 year old son. We moved to the town we are in now in the U.S. about 2.5 years ago from Canada. At the time our son had just started Grade 9. We had some rough times with him refusing to do school work, not caring about school and just being very angry. Things had just turned around with him recently when his Dad's company decided to close down without much warning. His Dad won't have any trouble finding a new job but we likely will need to move again.

As you can imagine, this prospect is not going over well with our son. He is saying he wants to stay here to finish high school. Unfortunately with his past academic efforts or lack of them, he isn't doing great at school. He is in his Junior year but he is a few credits shy of graduating on schedule as he has failed a couple of semesters in 2 courses.

Also, he does not have a job and he isn't driving. How do we handle this?? Do we just insist that he come with us as he is not ready to live on his own? Do I stay behind with him until he graduates and have his Dad commute on weekends for this time?

The issue I have with this is that if our son decides to not make a real effort to pass at school he could drag out the moving indefinitely.

Do you have any suggestions on how to handle this???

Re: “Do we just insist that he come with us as he is not ready to live on his own?”

Re: “Do I stay behind with him until he graduates and have his Dad commute on weekends for this time?”

>>>>>>>>>> If you did, it would be just another form of over-indulgence. I’m getting the impression that you may be ‘feeling sorry for him’ due to the moves. This WILL make a bad problem worse – I promise.
==> My Out-of-Control Teen: Help for Parents with Defiant Teenagers

Re: “Do you have any suggestions on how to handle this???”

>>>>>>>>>>It's common for teens to actively rebel against a move. Your son has probably invested considerable energy in a particular social group and may be involved in a romantic relationship. A move may mean that he will miss a long-awaited event, like a prom.

>>>>>>>>>>>It's particularly important to let you son know that you want to hear about his or her concerns and that you respect them. While blanket assurances may sound flippant, it's legitimate to suggest that the move can serve as rehearsal for future changes, like college or a new job. After the move, consider planning a visit back to the old neighborhood periodically -- if it's feasible.

>>>>>>>>>>>If he is strongly resistant to the move, you might want to consider letting him remain with a friend or relative -- if that's an option. This may be particularly helpful if you're moving midway through the school year.

>>>>>>>>>>>After the move, try to get his room in order before turning your attention to the rest of the house. Also, try to maintain your regular schedule for meals and family activities to give him a sense of familiarity.

>>>>>>>>>>When he starts school, you may want to go along to meet as many teachers as possible or to introduce him to the principal, dean, etc.

>>>>>>>>>Set realistic expectations about his transition. Generally, teachers expect new kids to feel somewhat comfortable in their classes in about 6 weeks. Some kids may take less time; some may need more.