Parent-Management Training for Parents of Oppositional Kids and Teens 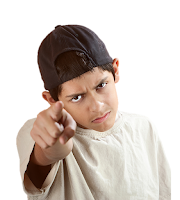 By the time they are school aged, kids with patterns of oppositional behavior tend to express their defiance with peers, teachers, and other adults. As these children progress in school, they also experience increasing peer rejection due to their poor social skills and aggression.

Young people who are naturally oppositional are more likely to misinterpret their peers' behavior as hostile, yet they lack the skills to solve social conflicts. In problem situations, they are more likely to resort to aggressive physical actions rather than verbal responses.

In addition, children who are defiant and have poor social skills often do not recognize their role in peer conflicts. They blame their peers (e.g., "He made me hit him"), and usually fail to take responsibility for their own actions.

The following 3 classes of behavior are hallmarks of both oppositional and conduct problems:

Oppositional behavior may escalate and result in serious antisocial actions that, when sufficiently frequent and severe, become criteria to change the diagnosis to Conduct Disorder. Milder forms of Oppositional Defiant Disorder (ODD) in some kids spontaneously diminish over time.

More severe forms of ODD, in which many symptoms are present in the toddler years and continually worsen after the youngster is aged 5, may evolve into Conduct Disorder in older kids and teens.

Parent-Management Training (PET) is recommended for parents of kids with ODD because it has been demonstrated to affect negative interactions that repeatedly occur between the defiant kids and their parents. PET consists of procedures in which parents are trained to change their own behaviors, and thereby alter their youngster's problem behavior in the home.

These patterns develop when moms and dads unintentionally reinforce defiant behaviors in a youngster by giving those behaviors a significant amount of negative attention. At the same time, the parents (who are often exhausted by the struggle to obtain compliance with simple requests) usually fail to provide positive attention.

The pattern of negative interactions evolves quickly due to the parent’s use of:

PET alters the pattern by encouraging the mother and father to pay attention to prosocial behavior and to use effective, brief, non-aversive discipline methods. It’s important to identify the youngster's positive behaviors and to reinforce these behaviors – and to use brief negative consequences for misbehavior.

==> More information can be found here…