When You Disapprove of Your Daughter's Boyfriend 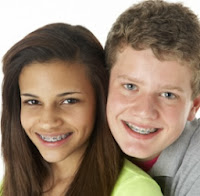 "We have a beautiful seventeen year old daughter who has just started to become rebellious. Her grades have been up and down over the past several years. She currently is doing okay (all b’s and c’s). However, she will only be attending junior college because her grades aren’t good enough for a state school. Our biggest issues have been a boyfriend last year who we did not approve of and eventually ended the relationship for her because we were concerned for her safety.
This year we caught her online talking to a new boy very late at night and a text messaging session that was sexual in nature with the phone in her bed after midnight. As a result, we told her that she was no longer allowed to see him. We feel very lucky that she has not been experimenting with alcohol or drugs. Her only “brush with the law” has been a speeding ticket in February. However, she has insisted on maintaining a relationship with this new boy and caused such a scene yesterday because I refused to let her hang out with him that I had to cancel her senior portraits. I don’t think we are probably in as severe a situation as many of your clients, but I’m wondering if your program is appropriate for our situation. Any information you have will be helpful."

All parents dread the day when their son or daughter comes home with a new love interest. There will be many relationships that you know will not work out. And while you might be tempted to share your opinion with your child, I would suggest you don’t.

One point I can’t stress enough is to never tell your child you disapprove of her boyfriend. This will only make her that much more attracted to him. If she asks your opinion, you can say that the boy isn’t the person you would have chosen for her, but it’s her life and she has to figure that out for herself.

If you keep telling her how bad of a person her new fling is, he could turn out to be your son-in-law. I know this from first hand experience. My wife hated my daughter’s high school boyfriend - even forbid her from seeing him.
All this did was make her want to see him even more. At one point my daughter said to me, “When my boyfriend and me would have disagreements, I would not see that the relationship wasn’t working. I would only see that I had to make it work to keep mom from knowing she was right about him all along.”

Boy teenagers can be hardheaded and stubborn. This can also lead to trouble. Some girls might stay in a relationship that is abusive either mentally or physically just to avoid hearing “I told you so” from her parents. Arguing over boyfriends can cause a great strain on the relationship with your child and keep her from being open with you about other things.

You have a Romeo and Juliet phenomenon on your hands that will need to be diffused (if not, they will work harder at sneaking rendezvous behind your back).

Unfortunately, if your daughter wants to be with someone, she'll find a way -- no matter what you say or do. Parents can only guide their children in the right direction and hope for the best. If they do a good job, their daughter will make the right decision all on her own.
Since you will not be successful at keeping those two apart, you must adopt a philosophy of “if you can’t beat ‘em - join ‘em.” In other words, they should be able to see one another within limits, and you decide what those limits are. Maybe your limits will look something like this:

Figure out a way for your daughter to see her boyfriend in a way that will keep her safe. This is the best you will be able to do. Otherwise, you are likely to get sucked into weeks – if not months – of power struggles.