My Teenage Daughter is Following a Self-Proclaimed Anarchist

My daughter's circle of friends has a leader who is a self proclaimed anarchist, is very well read and loves being the center of attention. Since my daughter met him, she has lost all her humour and individuality - almost like she's been brainwashed into a cult of sorts. She hangs on this guy’s every word. Some of the other kid’s parents even think he's really cool, but all I see is that he turned my daughter against us. 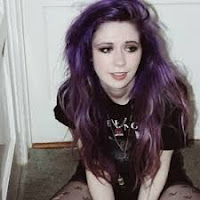 Adolescents are especially vulnerable to cult leaders because adolescence is a life transition, a time of many changes when suddenly the old rules don't work. The Journey from childhood to adulthood can be a bumpy ride as teens learn to get along with their families while gaining independence from them. At the same time adolescents try to avoid being pushed around by friends, they must work hard to fit in with the crowd. The major physical changes adolescents face certainly don't make life any easier.

According to psychologists who study cults, we are most vulnerable to the cult leader's message when we:

• are uncertain about our own beliefs and values
• aren't quite sure about how we should act
• feel like we need to find some answers about life, and we need to find them fast
• find ourselves in vague or confusing situations
• have our confidence shaken up by a crisis

It is no wonder that cult leaders often focus their efforts on adolescents. Cult leaders know that the teen years are a time of seeking direction, and they are more than willing to point the way -- right into a damaging cult. Some leaders make a special effort of contact potential teenage members during times of stress, such as final exam week or graduation, when they will be more vulnerable.
==> JOIN Online Parent Support

Although an adolescent without a job may not be able to bring money into the cult, they do have talents and a great deal of energy. Since young people have an easy time building rapport and gaining the trust of other young people, adolescents make good leaders. Dangerous cults can also put them to work building the cult community or raising funds. Some damaging cults seek out young members because they hope these recruits will marry other cult members and will later give their kids to the cult.

Why would teens become involved with a cult? There are a number of reasons that some teens would find them appealing.

As teens transition from childhood into adulthood, they generally question many aspects of their lives. Sometimes, they wonder why they should listen to their parents and teachers. Why should they follow seemingly outdated and irrelevant rules and restrictions? After all, the world created by previous generations is far from ideal.

In addition all teens have aspects of their lives that are less than ideal. Perhaps their parents spend too much time at work and do not appear interested in their lives. Or, maybe, their parents want to be too intensely involved in their lives—trying to mico-manage small insignificant elements of daily living. That may become quite annoying. Possibly, the parents are not working and finances are very tight. Are there fights over money? Teens may find coping with these issues to be quite difficult.

Moreover, for many young people, the teen years are a time of intense uncertainly. While teens may criticize the world around them, they may be unclear where they belong and how they should prepare for the future. They appear to be quite certain what they don’t want, but they have difficulty defining what they would like. Often, new untried ideas are welcome.

Further, there are teens who have yet to connect with their peers. Somehow, they do not fit in with any of the groups at their school. They are not sufficiently athletic to be part of those groups; they are not smart enough to be accepted by the academic achievers; and they lack the social skills to be welcomed by the most social. Not surprisingly, these teens feel like outcasts—as if they don’t really belong. They are desperate to be part of something, and they lack the experience to comprehend what membership in a cult entails.

People of any age may experience personal crises. But teens tend to feel them more intensely. At the separation or divorce of parents, the break-up of an intense relationship, pressure over academic achievement and leaving for college may create internal turmoil. In fact, cult recruits are known to recruit on college campuses. Lonely students away from home for the first time may become involved with a cult without really realizing what is happening. That may be why people in their late teens and early 20s appear to be the most vulnerable.
==> JOIN Online Parent Support

Still, many teens from seemingly functional, financially secure families are drawn to cults. On occasion, there is no obvious reason for the attraction. Or maybe the families are not as solid and the relationships as nurturing as they may outwardly appear to be. There has also been a decline in the influence of families and religious institutions in today’s world.

There are several different types of cults. Probably the best-known ones are premised on some form of radical religion. The beliefs go far beyond any mainstream thoughts or theories. Political cults also receive a good deal of media attention. But there are also self-help or educational cults that use marginal techniques and economic cults that promise get-rich-quick schemes.

All cults use mind control techniques to attract prospective recruits and to keep their present recruits. There may be systematic brainwashing or programming. Cult recruits are often isolated from their family and friends. Very little contact is permitted. Past relationships may be criticized or demonized. Only relationships with current cult recruits are allowed. Books and newspapers may be carefully censored. Sleep deprivation combined with sensory overload are not uncommon, as are drugs and physical abuse. Cults usually require the handing over of any monetary assets or property. The leader will decide where cult recruits work. All earnings go directly to the cult.

When prospective cult recruits enter the cult, recruiters appear to be intensely interested in their needs, wants and feelings. Little personal space is allowed. Teens who previously believed that their parents and teachers didn’t care what they thought or said now think that someone is truly interested; another person is really listening. These techniques may be combined with long periods of meditating and/or chanting. No deviation from the routine is permitted; there is no questioning of the leader and his philosophy. Outsiders who find serious shortcomings with the cult’s beliefs are ridiculed.

In time, cult recruits develop a psychological dependence on the group leader, and it is the leader who directs all aspects of their lives. Cult recruits often lose their ability to make their own decision. As a result, the leaders retain an enormous amount of power over their followers, and they may use them for their own self-centered purposes such as making money or obtaining sex.

No matter how difficult a teen feels his or her life has become, avoid joining a cult. Sometimes a cult may masquerade as just another campus organization when, in fact, it is a cult. If one has any doubt, check with the college administration. Cults are psychologically and spiritually harmful and should be avoided. Historically, a number of cults have ended with mass suicides.

What are some of the ways to protect teens, their family recruits and friends against cults? Teens should learn more about them and how they recruit new recruits. Recruitment may be very subtle. In addition to schools, cult recruiters may be found in malls, stores, on the street, at work and over the Internet. They are everywhere.

If a teen has concerns about any group, then he or she should not ignore instinct. A teen could speak to a trusted adult, member of the clergy, teacher or school counselor if there are concerns.