When Your Teenager's Cell Messages Reveal Disturbing Behavior: Is it O.K. to Snoop?

Hi Mark, Need some help… was scrolling through my son’s phone messages… he left his phone unlocked… I know it’s a breach of privacy, but see he has been smoking, not cigarettes, and he and friends arranging between themselves… not sure how to handle it and what to do say. If raise the issue - he will know I’ve been through his phone. If I ignore - he is getting away with it… am in a quandary. ~ A. 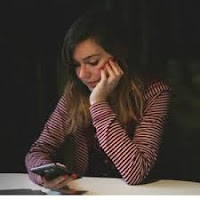 First of all - it's o.k. to snoop. Tell him you WILL be doing this periodically.

Secondly - you should confront this using either “When You Want Something From Your Kid” – or – “The Six-Step Approach” [strategies outlined in the online version of the eBook].

Thirdly - you should now take possession of the cell phone, that is, he turns it in to you at the end of the day [I’d do this for at least one month, depending on how compliant he is]. If he has locked it before “turn-in” – then he loses all cell privileges until he unlocks it. If he refuses to turn it in – then you call the service provider and cancel the cell plan (at least temporarily).

Note: If you are now going to email me in return to say something like “well, he has to have his cell phone for bla bla bla reason(s)” – then you are choosing to “half-ass” the program, in which case I cannot help you with this issue.

Keep in mind that this will not keep him from smoking [you’ll want to refer to the strategies in the eBook that address this]. Also, he will now begin to erase messages. So you won’t solve the real problem (i.e., smoking) by issuing consequences over the cell phone. But, he will know that he’s being watched, which may help him curb unwanted activity at least somewhat.