He is attempting to manipulate us over this...

The situation with our son is almost at breaking point now. 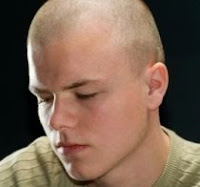 He knows we expect him to go to college (three days a week), but we have always said if he would prefer to get a job that's fine, as long as he finds that job before jacking in college. He's 17 so he doesn't *have* to be in education, although if he doesn't complete his course he won't get a good reference. Plus he has something of a criminal record which will go against him - it would be good to stay in education to put some distance between that and his job application. But it's his life...

Anyway he has decided to jack in college in reaction to one of our boundaries, which he thinks is a stupid rule. We don't want him to have his girlfriend sleep in his room. It's our house and we're not comfortable with it, not least because we have two younger daughters to consider.

He is attempting to manipulate us over this. First he swore a lot and was rude. Then he said he wouldn't speak to us, all of which was no skin off our back. Then he skipped college, so I turned off his phone and stopped his allowance. Now he got a friend to buy him a new phone so I can't switch it off. Today he announced we had until this evening to change our stupid rule or he will quit college. We haven't moved on it so he's going into college tomorrow and telling them it's his last day. I'm fine with not trying to save him from the consequences of that.

If he chooses not to accept our limits about the girlfriend he chooses our consequence, which is I suspend his allowance. Would I be right to suspend his allowance because he is making these strong threats? Or should I wait until he actually does it? I turned his phone off because that was the consequence of not going to college and now he has a new phone I can't touch it, but that seems irrelevant since he's not going to college anyway. So do I give him his allowance this weekend as if nothing has happened because he hasn't so far disrespected our rule, only threatened to? Or do I take his action of quitting as a serious enough disrespect for our rules in general anyway?

I'm worried that our consequence of not giving him his allowance if he sneaks her in at night would be a step too late - if he's already had his allowance that week he won't be bothered about not getting next week's because he only think short term.

He is also threatening other things vaguely. He looks at me aggressively and promises that this will 'get worse'. We have invited him to leave if he can't live with our rules, but now he seems to be staking a claim here and saying we will have to actually kick him out. If he left he could only go to friends on a short term basis and he knows he would then have to come back.

What do I do about his veiled threats? I am concerned that he is talking about something that will necessitate me taking steps of protection...

I think you have bigger fish to fry than worrying about an allowance at this stage of the game. He is an adult. Shift to helping him make plans to move out. Put it in writing – short and sweet – and let him know he has a deadline to be packed up and moved out.

That’s right - begin to focus on having him move out at this point. All the other stuff you listed in your email is water under the bridge. Here’s what one single father did who was in the same boat as you:

This father was not being cruel – quite the opposite. He was a good student of Online Parent Support and knew exactly what he had to do to “foster the development of self-reliance” in his son.

The latest parenting challenge is dealing with emerging adults who have no intention of leaving the nest. Many 18 to 25-year-olds either return home after college or they've never even left home. The media refers to them as "Boomerang Kids." Parents are worried that their kids won't leave home.

This new phenomenon is highlighted in the movie "Failure to Launch." Matthew McConaughey plays Tripp, 30-something bachelor whose parents want him out of the house. They hired Paula (Sarah Jessica Parker), an interventionist, to help him move out. Paula has a track record of successfully boosting men's self-confidence to cause them to want to be independent.

Interestingly, this story line is not as far-fetched as it may seem. Young adults are indeed becoming more difficult to coax out of their comfy childhood homes. Since the year 2000, the number of 26-year-olds still living at home has nearly doubled! Here are the top four factors contributing to this change:

They Are Unprepared—They are overwhelmed or unmotivated to live independently. They would rather play it safe by occupying the family home, playing computer games, and delivering pizza.

These kids often grow up living the life of the privileged. Here well-meaning parents provide their children with all the amenities congruent with an affluent lifestyle. The parents are focused on doing more for their children than what their parents did for them-at the expense of keeping them dependent. Kids don't move out because they've got it made!

When your financial generosity isn't combined with teaching kids how to become self-sufficient at an early age, we cannot expect them to automatically possess adequate life skills when they reach legal adulthood. How will they gain the skills to confidently live their own life, when they haven't had the opportunity to do things for themselves?

They Are Cautious or Clueless—They are committed, but unsure how to discover their ideal career path. They approach college with the same trial and error mindset their parents had only to find out that it no longer prepares them for today's competitive world.

Parents do their kids a disservice by waiting until they are 17 or 18 before initiating career-related discussions. In our dynamic society where change is a daily diet, this is much too late! It's best to start young, at age 13.

This stage of development is the perfect time to begin connecting the dots between what they love to do and possible career options. It can take years to prepare for the perfect career. Beginning early will help teens maximize their opportunities in high school and make college a much better investment.

They Have Personal Problems—They don't have effective life coping skills, have failed relationships or are grieving some other loss or wrestling with a challenging life event.

In "Failure to Launch," we learn that Tripp's parents indulged him largely because the woman he loved died and he hadn't gotten over his loss. When Tripp fell in love with Paula-the new girl of his dreams-his self-sabotaging habit of dumping a girl before she can get too close got reactivated. Finally, his friends intervene and Tripp eventually faces his demons, to everyone's delight.

If your teen is struggling emotionally, don't make the mistake of thinking it will somehow magically get better without an intervention. Tough love requires that you insist your adolescent get professional help so that he or she can move forward. If you don't know how to have that kind of conversation, consider getting help from a parenting expert.

They Have Mounting Debt—They've accumulated significant credit card debt and moving back in with their parents is a way to pay it off.

According to the National Credit Card Research Foundation, 55% of students ages 16-22 have at least one credit card. If your teen falls into this group, make sure you monitor spending together online. Helping your teen understand how to budget and manage credit cards will be important for handling a household budget in the future.

Kids can't learn to manage money if they don't have any, or if parents always pay for everything. If your offspring moves back home, I recommend you charge a nominal amount for room and board. As an adult member of your household, it's important for your young adult to contribute to household chores and expenses.

If the purpose of your child's return home is to pay off bills or a college loan, have a realistic plan and stick to the plan to make sure your young adult moves out of the house.

Determine Goals and Stick to Them—Most parents enjoy having their children visit and will consider offering some short-term help. However, indulging an adult child's inaction does not help your son begin his own life. If your child defaults on your agreement, be willing to enforce consequences, to help him launch into responsible adulthood.