How Working Parents Can Enforce Grounding

"I've been following your program for a couple months, seeing steady improvement. But here are my problems we can't seem to get by ...my husband and I both work full time and there is about 3-4 hrs of time our 15 yo son is by himself, so if a grounding punishment is needed, how do we enforce it? Also should we punish for bad behavior at school if he gets monitored through the truancy system?"

Re: How to enforce grounding when both parents are at work. 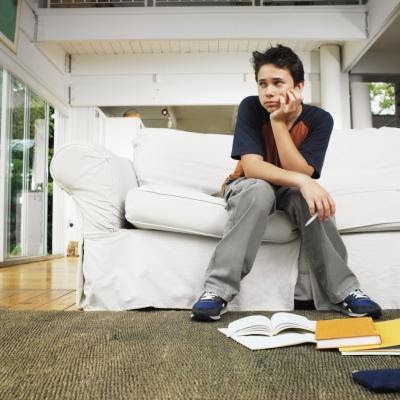 One option is tell your son that you will be placing random phone calls to the home via the landline (if you don't have a landline -- get one!). If he does not pick up the phone when you do your check-in, then he chooses to be grounded for a longer period of time when you are home to monitor the grounding.

With this method, there must be a zero-tolerance for him not answering the phone. For example, you call …he does not answer. The next time you call, he answers and says he was in the bathroom when you called earlier. Too bad. He just picked a stiffer consequence.

Another option is to suspend the grounding until a time in which you are home. For example, on a Wednesday he is told that he is grounded for one evening with no cell phone or computer privileges. You suspend the consequence until the weekend. So instead of being grounded on a Wednesday, you ground him on Saturday.

When he is grounded for more than two days, you may have to issue a split-sentence. For example, let’s say you are only available on the weekends to make sure he follows through with the grounding – and he was issued a 3-day discipline. In this case, he can do two days one weekend and the other day the following weekend.

Re: ...monitored through the truancy system?

No. He would be already receiving a natural consequence (i.e., truancy system monitoring).