The money wasn’t returned so I cut his cell phone... 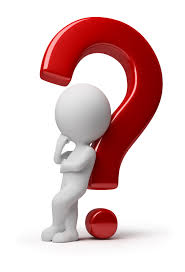 I would like to ask for some advice. This is just the tip of the iceberg but this is my crisis as of now. My son no.2 took his older brother's money. As a consequence I told him to give back the money by the end of the day or I will cut his cell phone. He did not return the money and denied getting it. His friends told my son no.1 that they went to the mall and son no 2 had money. He doesn't have money because he doesn’t have a job yet.

The money wasn’t returned so I cut his cell phone. Since then he is not talking to me and always give me an angry face whenever I talk to him. He even whisper "shut up" which really infuriates me, but I try to control myself from being angry. But I am sure you know how it feels.

He is 18 years old. His friends tell him that he can leave whenever he wants to. He leaves the house and sometimes comes home at 1AM. I get so worried. I talked to him and told him that if he will continue to come home after 10PM, he'd not rather stay in our house.

I love my son and I want to guide him until he finishes school, because I can see that he can’t make good decision, particularly in choosing the right friends. I know that there's no quick fix... my question is what will I do to slowly make him mellow and take that angry look everytime I look at him and start to talk to me in a respectful way.

I want to tell him that if he will be able to pay back his brother and change his ways he can have his phone back. But I am scared that he might do something wrong again to get money some money. Please help. I am a single mother and my sons have no older man model to look up to right now. BTW, it's been 3 weeks since this started.

2. Apply natural consequences. After correcting the behavior, consequences should be applied. Having to do extra chores around the house to earn the money to pay for a stolen item is an example of a natural consequence. Another example is not allowing the child who stole the candy bar to have sweets for a certain period of time.

3. Confront quickly. Just as it's important for parents not to overreact, it is also important that parents don't under-react. When parents find out that their child is stealing, they should confront and deal with the stealing immediately. The longer stealing is allowed to continue uncorrected, the more difficult it is to correct later on.
==> JOIN Online Parent Support

4. Correct the behavior. Correcting means making some kind of restitution. For example, if a child takes a candy bar from a store, correcting would involve requiring the child to return to the store and return the candy bar (if it isn't half-eaten), or if the candy bar can't be returned, paying for the candy bar.

7. Don't interrogate children or force them to self-incriminate. Parents should not force their children to admit to stealing. Children often lie to protect themselves. If parents aren't pretty sure that their child has stolen something, they probably should not apply consequences. Instead, they should let their child know that they are skeptical, and express hope that their child will be honest with them.

9. Help children find ways of earning their own money. Parents should make sure that their children have some sort of regular income. If children have money of their own to spend as they wish, they will be more likely to buy what they want instead of stealing it. Children can earn money by doing chores around the house, etc.

10. Label the behavior. It is very important that parents call the behavior exactly what it is. For example, parents shouldn't call taking (without permission) what doesn't belong to one's self as "borrowing." Children who are able to understand the concept of ownership should be told that they are "stealing" when they take something that does not belong to them.

11. Model appropriate behavior. Parents should set a good example for their children by asking before they borrow things, by not taking things that don't belong to them, and by being open and honest.

13. Provide adequate supervision. Parents should make sure that they know what their children are up to. Children who are not monitored closely by their parents tend to be more likely to steal and to engage in other problem behaviors.

14. Remain calm. When parents discover that their child has stolen something it is very important that they don't overreact. Parents should keep in mind that all children take things that don't belong to them at one time or another.

15. Teach appropriate ways of getting what one wants. Parents should teach their children how to get what they want without stealing. For example, parents can suggest that children ask for things they want, save up their money to buy the things they want, etc.

16. Teach ownership. While children are very young it is a good idea for parents to begin teaching their children what ownership means. Parents can explain that people have a right to their own property, and that it is wrong to take something that belongs to someone else.

17. Understand why the behavior occurred. Different children steal for different reasons. Because of this, it is important for parents to try to find out why their children steal. Asking a child why he or she has stolen something will probably not give parents the answers they need.