Is there any chance I can turn this around? 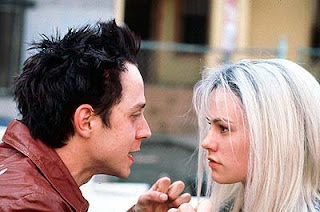 My daughter this evening started again as usual, this is what happened: I took her clothes up to her bedroom which I had just ironed and asked her to put them in her wardrobe, so she threw them on the floor and laughed at me and told me to get out of her room. So in anger I smacked her. She then picked up a clock and said she would throw it at my head if I didn't get out of her room.

>>>>>>>>>> You are in a power struggle with your daughter, and children always win the power struggles. The Anger Management chapter will shed more light on this: http://www.myoutofcontrolteen.com/am

A few minutes later she came down stairs saying she hated me she wished I were dead and wants to go to a children home. So I in turn said there is the phone ring them, but I think you will find this home is far nicer place to be. She constantly tries to pick fights with everyone in the family.

In order to end such arguments, it must be the parent that begins to take charge in a positive way. However, the most effective step, to simply stop arguing, can also be the most difficult. It sounds quite simple, just stop arguing, but in reality, it takes discipline and effort to change the pattern of behavior. By refusing to participate in the argument, the power of the out-of-control kid disappears. The out-of-control kid only continues to have power over you if you allow them to.

To stop the power struggle, prepare yourself ahead of time. Sit down, after your out-of-control kid is in bed for the night and it is quiet, and make a list of the times that you most often argue. Is it getting ready for school, doing homework, completing chores, getting ready for bed, etc? For each situation, determine a few choices that you can give your kid.

When preparing the choices, make sure to list only those that you are willing to carry out. If you are not willing to pick up your out-of-control kid and bring them to school in their pajamas, don’t threaten to or they will know that they still have control of the situation. Once you have decided on the choices you will give your out-of-control kid, stick to them and practice your self-control to not yell. Walk away, leave the room, and wait outside if you have to. But an argument can only happen if there is more than one person. With just one person, it is simply a temper tantrum.

The final straw was when I said I would ring them myself. She grabbed the phone. I tried to take it off of her and by holding her arm I snatched the phone out of her hand and she now said I hurt her wrist. She goes to bed and I am up feeling really guilty and feeling like the worst parent in the world.

I have downloaded your book have not read it yet. The trouble is with my daughter is not just a teenage thing -- she has always been really spoilt and very difficult. It has just got worse as a teenager. I started a new job in September which in turn leaves the girls (my 2 daughters) home alone for 2 hours everyday after school, my youngest daughters rings me at work constantly telling me my other daughter is been nasty to her.

I told my boss last week I was leaving because I needed to be at home for my children. My eldest daughters response to that was "Great I will have to see you for longer each day now". My youngest daughter 11yrs is the sweetest girl you can imagine, never been any trouble never, seeks attention, yet my other daughter gets all the attention for been so naughty and rude all the time. She didn't even seem bother that I was giving up a job that I need financially.

Another example: She was rude lied and did not come home when she was supposed to so I made a decision that she was not going to a party that she had been invited to a had purchased a lovely new dress for. Instead she came out for a Pizza with myself my husband and my other daughter. She sat opposite her dad in the restaurant and was kicking him under the table, he ignored it, so she continued, then she called him a “dick,” refused to order any food, which we ignored, so she sat there with no food whilst we all eat continually insulting us. Again we ignored her, she then said she was going to walk out of the restaurant and run away, so my husband said "when you get home you are in big trouble.”

>>>>>>>>>>>>> Ignoring misbehavior is just another traditional parenting strategy that backfires with the strong-willed, out of control child.

The strong-willed, out-of-control kid is 100% successful at getting your attention -- whether it's positive attention or negative attention!

She enjoys energy and attention. She seeks energy and attention from you too (e.g., your being animated, arguing, lecturing, getting angry, threatening him, etc.). Unfortunately, she has discovered that you are much more energetic, attentive and interesting when she misbehaves.

Attention-seeking children are not out to get you as a parent -- they are out to get your energy, intensity and attention. They want you to be exciting to them. Unfortunately, you are much more exciting when things are going wrong.

So, whenever you use a "traditional" parenting strategy (e.g., ignoring misbehavior, arguing, lecturing, getting angry, threatening, slapping, smacking), it is actually a reward to your daughter -- she gets what he wants -- your energy and attention! She is able to push your energy-producing buttons.

On our way home in the car she was kicking the back of my seat calling me names which we ignored, the whole time her sister was telling her to stop, then when we finally get home she as usual tells us how much she hates us. My husband smacked her across her legs. She then shouted I wish you were dead in your dad’s grave. Because she was smacked she then ran out of the house. I was frantic driving around looking for her crying my eyes out because its so dark where I live and not many street lights. My husband called the Police. I did eventually find her. The Police still came round because they said they need to check that she was home and to explain to her how valuable their time is and she should never do this again.

>>>>>>>>>>> I’m sure will be sick of hearing me say this by now (please forgive me), but “calling the police” is just another traditional parenting strategy that has no effect. A better strategy will be in the Anger Management chapter under the heading “When You Want Something From Your Kid” – http://www.myoutofcontrolteen.com/am

I then tried to let her do what she wants to do but still have rules my husband disagreed with me and said she should be kept in for a month. If I be totally honest the house is far happier when she is not in, so I suppose I'm allowing her to do what she wants for piece and quiet and hopefully keep her happy.

>>>>>>>>>>>>Assertive parenting will be the key to your success as you begin implementing these new non-traditional parenting strategies. Approaching problems assertively is something new to most parents, however.

Most parents have vacillated between passive-parenting and aggressive-parenting. In other words, we let our child have her way time and time again. Then, when we finally had enough and attempted to set some limits, in came in the form of raging at our child. Then we felt guilty for raging and went back to being passive again.

She doesn't respect me she swears at me and tells me that she gets it from me. Yes I have and do swear when she says such nasty hurtful things, that’s just my anger coming out.

I could go on forever with examples. Is there any chance I can turn this around?

>>>>>>>>> The chances are excellent that you can turn this around. I would ask that you simply read the material and begin implementing it. A good place to start would the humble statement in your session #1 assignments: http://www.myoutofcontrolteen.com/assign1

I’m asking you, the parent, to humble yourself a bit. As soon as possible, say to your daughter something like this:

“I discovered that I’ve made some mistakes in parenting you. And I apologize. But I have an obligation to you to make some changes. I’ll explain each change to you as it comes, and I will give you time to adjust to the change.”

It doesn’t matter how your child responds to this statement. This statement gives your child a “heads-up” that change is coming, and it models that it’s O.K. to do the following:

Here’s to a better home environment,