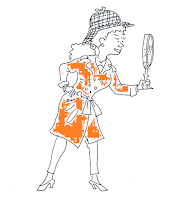 With a bit of detective work, I found out that my daughter is planning on vomiting at school, going to the nurse, getting dismissed, and saying "my mom's at work, here is my brother's number" and giving the boyfriend's cell. (She doesn't have a brother). I called the school to make sure that I or the three others on my list are the only people she can be released to, and that they call no other numbers.

>>>>>>>> YES …YES …and YES! Parents of ‘out of control’ teens have been deceived and tricked more than they’ll ever know. DO NOT believe ANYTHING your kid tells you (as in 0%). Verify EVERYTHING – and snoop.

Do you think I should print out and send the laws regarding carnal knowledge of a minor 19 and 15 year olds to the boyfriend?

A common misconception in this state is that 15 is the age of consent - it's not, but it is the age where it becomes a misdemeanor rather than a felony requiring registration as a sex offender. But I'd already told her that I would not press charges.

She violated the internet and bedtime rules last night (was up till 2am because, instead of doing her research project, she was socializing on myspace). I'll start with the least restrictive consequence - no internet for one day - but most likely she will defy it, in which case she's grounded for 3 days and the computer gets stashed at a friend's house.

On a lighter note, she's asking for a car for Christmas (which of course she can't drive, having just turned 15). She said the boyfriend could drive it. I said that's ridiculous. Thanks, S.

==> My Out-of-Control Teen: Help for Parents with Defiant Teenagers