Mom is a Sadistic Bitch?

Mark, Thanks for your responses. Re: the boyfriend - things changed quickly in a short time. He broke up with her (he said because she told him she was 15 when she hadn't turned 15 yet), and she was devastated, then they "made up" and are "friends" – but from monitoring her myspace, I found out that what she has in mind is "friends with benefits". So I'm going to continue with the restrictions you suggested. But I wondered about allowing her to go to his house, since I found out that his parents provide no supervision (or aren't there at all), and they have done everything short of having sex there. She refuses to bring him here, or to have me drive her to Subway to meet him. So given the choice of seeing him with my restrictions, or not at all, she hasn't been seeing him. She is enraged over that and announces that she will sneak off and see him anyway. What do I do if this happens, besides 3 days discipline? She says that if I call the police and report her as a runaway, she will kill herself.

>>>>>>>>>>>> I’d tell her that she’ll choose the 3-day discipline if she chooses to ‘sneak off’. Then if she sneaks off, follow through with the discipline with the caveat that if it happens a second time, the police will be called and runaway charges will be filed. Do not get sidetracked with threats of suicide (keep an eye on her though).

The other problem I'm going through is with her yelling and cursing and saying things that really, really hurt. A couple of times I've slipped up this past week and yelled at her - I did after she got off restriction and immediately refused to get off the computer again. She knows how to push my buttons: "You're not my mother" …"I hate you with every fiber of my being" …"You murderer. You destroyed a human being. Some day you will have a dead daughter." One of her favorites: "When I turn 18 and join the army I will have nothing to do with you" (I think she has every intention of carrying that out – but then again, she could be saying this because she knows that would hurt me more than anything) Those hurt more than calling me "sadistic bitch", "fucking whore", "Nazi mom", "billy bad ass" (very sarcastically, when I told her that if she doesn't get off the internet, she loses it tomorrow).

>>>>>>>>>>>>> I know these statements hurt, and I’m not asking you to not get angry or to not be hurt – but I am asking you to “act as if” you are unaffected. If you keep that poker face on, she will eventually stop (because there’s no payoff).

>>>>>>>>>> You could throw in the statement, “If you choose to call me a ‘bitch’ or any other name, you’ll choose the consequence (3-day discipline).” If she calls you a name at some point during the 3-day discipline, the 3 days starts over.

Several times she has threatened to jump out of the car into traffic. And she talks about specific suicide methods, like hanging herself and jumping off a 10 story building. I worry because her father is bipolar in addition to being an alcoholic. She says she is "numb" and "empty inside." And, thanks to monitoring software, I found out that she posted a suicide note on myspace in which she blames me and says she hates me with every fiber of her being, and that it is my fault. She knows how to make me feel guilty - says I am a terrible mother and that I should not have had children, and I fear she may be right; not everyone is cut out for motherhood. And I feel guilty that, right now, I really do not like her very much.

>>>>>>>>>> Hold it lady. You’re letting your daughter “head-trip” you into doubting yourself. I’m glad to her you admit that you do not like your daughter right now. Now you’re gettin’ real (i.e., in touch with authentic feelings).

I do tell her I love her, but she says she doesn't believe me (it's true that I love her because she's my daughter, but I don't like the surly, defiant teenager she has become). And she says she cannot get along with me and that I destroyed my relationship with her. Anything I can do besides the "poker face", following the rules for fair fighting, giving her more attention when I "catch her doing something right", and trying to take care of myself? (I'm finding it impossible to focus on my own work, which is what I know I need to do).

>>>>>>>>> Yes …there’s one more thing. You need to understand that your daughter is an expert manipulator (i.e., she’s full of shit). Are you taking this “mothering” thing too seriously? Are you taking her anger too personally?

>>>>>>>> Your new assignment is to find humor in ALL these situations – that’s right -- I said humor. If you feel you can’t do this right now, then “act as if” you find some humor in it.

P.S. Here's my 3-step process for "acting as if" I find humor in something: 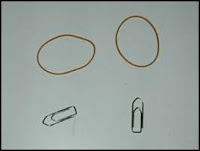 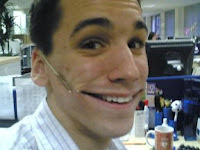