Anything to get a response... 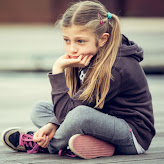 "Hi Mark, I was quite impressed with what I read [in your eBook] and realize that I need to get more consistent with my kids (aged 11 and 7). My 11 yo daughter is the strong-willed one. One question I have is how to deal with their fighting. My daughter likes to have constant interaction and even when my son (7) wants to be by himself, she walks by and tries to provoke him, or bully him into playing - anything to get a response. He finally blows up and throws something at her and she claims she did nothing. Often they do play well together, but just as often they bicker, hurl insults, and physically hurt each other. We have gone through phases of ignoring it, sitting them down and trying to get them to work things out (never worked) …now we just send both of them to their rooms for a half an hour or an hour. What is the best tactic? Thanks, L."

This may not be true in your case, but what I find most often with parents who say "they tried ignoring the conflict" is this: They "ignored" for a short period of time, but then got feed-up, intervened to protect the younger one, and poured on a bunch of intensity while "things were going wrong."

Ignoring behavior is an over-rated parenting strategy, but in this case it is the recommended strategy -- unless physical violence enters the picture (e.g., throwing things at one another, hitting, pushing, etc.). When the kids become violent, the parent will do best by using the strategy "When You Want Something From Your Kid" [in the Anger Management chapter of the Online Version of the eBook].

I hope this answers your question adequately. If you need any clarification regarding the strategy listed above, don't hesitate to email again.